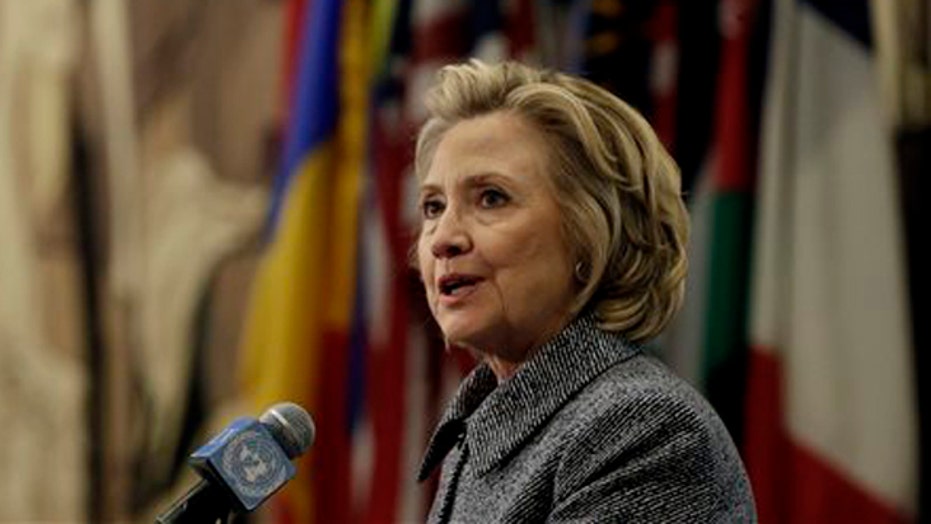 Hillary leaving taxpayers with the bill?

LISA BOOTHE: It's absolutely infuriating as a taxpayer that her arrogance, and her sense of entitlement is costing us millions of dollars. She has zero respect for the American people who she was entrusted to represent as Secretary of State. Not only has she broken rules and regulations, but she's gone to unprecedented lengths to protect herself and her emails from subpoena. What I think is most important is she potentially put our national security at risk by using an unsecure server.

WAYNE ROGERS: Eric, I don't think it's a question of whether or not she was hacked or somebody got into her emails or that sort of thing. The fact of the matter is that this is a woman who is devious; we know that, at best. You go back to white water, file gate, et cetera, et cetera, et cetera, she has a history of this. So why should we trust her? Why should the American public want to trust her? She's inventing things-- by the way; a lot of this is just totally obscure. She's trying to generate enough paperwork that nobody will ever get through with it. They've spent five years trying to get these statements from the State Department. They've been all this period of time trying to do that. You invent all of this stuff so that you can delay, delay, delay. So it will never happen.

JESSICA TARLOV: I certainly don't think that Hillary is a devious person who is inventing these things for a delay of game. I think that the Clintons do want to get past certain things before they launch the campaign, which I think will be coming in the next three to four weeks. I think what's really crucial is that Hillary gets out there and starts talking about her agenda and her platform and policies and what she'll do as president.

Hillary made her millions from politics. In fact, now she's costing politics, that's us the people, millions of dollars. I think it's despicable.

JONATHAN HOENIG: Eric, your point was right on; the unions want to force people to join unions. Force is always detrimental to help. If you just want to see an example, look what the unions have done to airlines, schools, automakers, steelworkers. This is going to be the net result of more government involvement with the unions, and more union involvement in business in this country.

WAYNE ROGERS: I think there's a referendum in a lot of these states, Eric, and some of them have already passed them, and some of them will continue to. Anytime you can develop freedom, anytime you can have a free economy, a free election, free anything it's better than to have coercion. As Jonathan points out, the unions are coercing people, coercion is never good for anything, and it's not anti-union that you're saying this; you're saying, "yes, we're all for this, but it's got to be for everybody and it's got to be something that everybody understands and it's not so that you're forced to do something".

JESSICA TARLOV: My thoughts on this are, you know, this creates more jobs, and the real question is what kind of jobs is it creating? Are these jobs that people can support themselves with? Are they going to get healthcare and retirement benefits? We've seen statistics that say this country has lost a third of the kind of jobs that will offer you healthcare, retirement benefits since 1979. Scott Walker can say that he's giving people a leg up, but what kind of leg is that?

He called them "good, paying family jobs". Are they actually going to be that?

WAYNE ROGERS: Eric, it's not just the tax dollar; it's insanity. These are people who are teaching in a free society, who have the benefits of a free society, who have all of the things that the American flag stands for, and they're talking about it as if it's a racist thing. They should be standing up and being proud of the fact that they live in a free country and are able to express themselves and do these things. I can't imagine it. I would fire every professor who did that. I went out, you did, too, most of us did, I fought for this thing, you know, I mean, I may be the oldest person here, but I fought for this and I care about it and anybody who doesn't care about it, get out.

LISA BOOTHE: It absolutely is a fine line. As you mentioned, our flag represents the men and women who have put their lives on the line and have died fighting or the freedoms that the flag represents. That's something that seems to be lost on these students. That professor's job is to be to objective, to teach his curriculum objective; not to inject his viewpoint into the conversation, not to lead this liberal charge. It's downright shameful what is going on in California and what is going on with this professor.

JESSICA TARLOV: How I feel about it is basically that flag should fly at full mast, especially considering the fact that these people are allowed to have the conversations that they're having right beneath it. I think that it is a professor's job to teach. I worked in academia. I think it's one of the most important jobs that you can have, but also free speech and free discussion, that's important as well. That's fundamental to America, and to the flag and all of it. Let's have the conversation, but below that flag that's flying at full mast.

JONATHAN HOENIG: Eric, I don't think it's this professor. Ideas are important. Where do those ideas come from? They start in the universities, and it just so happens that universities are filled with college professors, I believe they hate America, they hate individualism. So it's not surprising that this is the outcome.