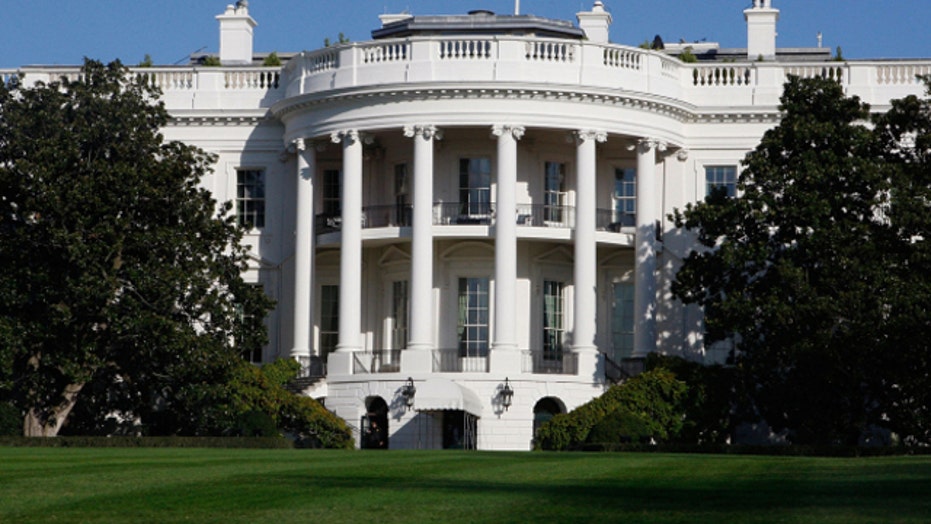 Another police group writing letter to the President

This is a rush transcript from "The Kelly File," January 10, 2014. This copy may not be in its final form and may be updated.

MEGYN KELLY, HOST: We have a chance to speak with Hilary O. Shelton. He is the NAACP's Washington Bureau director and senior vice president for advocacy. Hilary, thank you so much for being here.

HILARY O. SHELTON, NAACP WASHINGTON BUREAU DIRECTOR: It's an honor to be with you.

KELLY: There is no question -- I mean, I practiced law for nine years -- there's no question that you don't always agree with the client that you represent. But, you also get to decide which cases you take unless it is assigned to you. This case was not assigned to Adegbile. I apologize because it's tough to pronounce, I think I'm messing it up.

KELLY: It was not assigned to him. He volunteered to defend a cop killer. That is actually what happened here. So explain to the viewers why they should get behind this guy on this nomination.

SHELTON: So first, just let me say our hearts and prayers continue to go out to the Faulkner family. It is a shame in our country when we lose a public servant, as dedicated as he was reported to have been. So certainly we are all heartbroken that this has happened.

But as we know our legal system is adversarial system. It's one that requires lawyers to represent very unpopular clients whether you're John Adams or John Roberts. Indeed we expected to make sure that both sides of the cases are heard. And indeed, not only do we determine whether somebody is guilty or innocent, but also make sure that indeed the punishment is consistent with our justice system.

KELLY: Right, but he didn't have to take the case and then he did take the case and essentially got this guy's sentence reduced from a death penalty to life in prison. And actually argued to the court that the conviction, that his conviction should be overturned. A man who you know, the defendant in this case has never publicly stated that he didn't do it and in fact according to witnesses admitted doing it. There were eyewitnesses who saw him standing over the cop, shooting him in the face as he was dying on the sidewalk just trying to make an arrest of the defendant's brother.

And so, people out there say all right, I get that man deserved a defense. But the man who chose to defend him doesn't have to run our DOJ Civil Rights Division.

SHELTON: Let me say first, Debo Adegbile is an extremely well qualified lawyer. He is somebody who indeed is an American success story. His family at one time was homeless and was able to rise above the circumstances and become a very well accomplished lawyer. And it is somebody who has served the public interest in all of his career.

So, clearly he could go into other areas of the law and make a lot of money. This is one is very dedicated. Even now he is senior counsel to the Senate Judiciary Committee so he is someone that very well deserves the position along these lines.

KELLY: Can I just jump in and ask you about that? There are some reports out there, I have not independently confirmed these, that he was deemed unqualified for a position on the federal bench by the American Bar Association, and his -- so his nomination never went forward. But even the ABA found him unqualified.

SHELTON: I have never heard that before. Nor have we seen it as it has gone through the vetting process. So I think we may want to look a little deeper into that to see how accurate that is.

KELLY: Absolutely. I don't want the viewers to that fact because as I say that is just out there being reported. I have not confirmed it. Go ahead, sir.

SHELTON: I have known Mr. Adegbile for a very long time, and I've watched his career grow. I've watched him serve the American people, making sure justice is served. Quite frankly he is the best qualified candidate for the assistant attorney general for civil rights position that I have ever known. He has tried more cases before the Supreme Court very successfully, he's testified before the U.S. Senate and done extraordinarily well.

KELLY: But getting back to the controversy at hand -- I mean, you have these cop organizations coming out saying this is a thumb in the eye of our nation's law enforcement. It demonstrates a total lack of regard or empathy for those who strive to keep the president and everyone else in our nation safe.

And then the letters today talk about the anger, the incredulity, and say that in representing him, that this nominee and others, they said they turned the Justice System on its head with unfounded and unproven allegations of racism. And that is why the police organizations who speak for this fallen officer say, this is not the man.

SHELTON: Keep in mind that Debo Adegbile actually argued a case before the judge, and it was the judge who actually made those decisions. But again, he is someone who is eminently qualified for this position.

KELLY: Do you think he qualified despite -- you don't have a problem with this representation and you think we need to look into his overall career.

SHELTON: I think he is in very good company. As you know, John Adams in our history very well represented British soldiers after the war. We also know that John Roberts represented a serial killer in Florida.

So indeed, we expect our good lawyers to be able to represent any American person that needs that kind of defense, our adversarial system and our democracy deserves no less.

KELLY: Mr. Shelton, thanks for being here.

SHELTON: It is a pleasure to be with you.