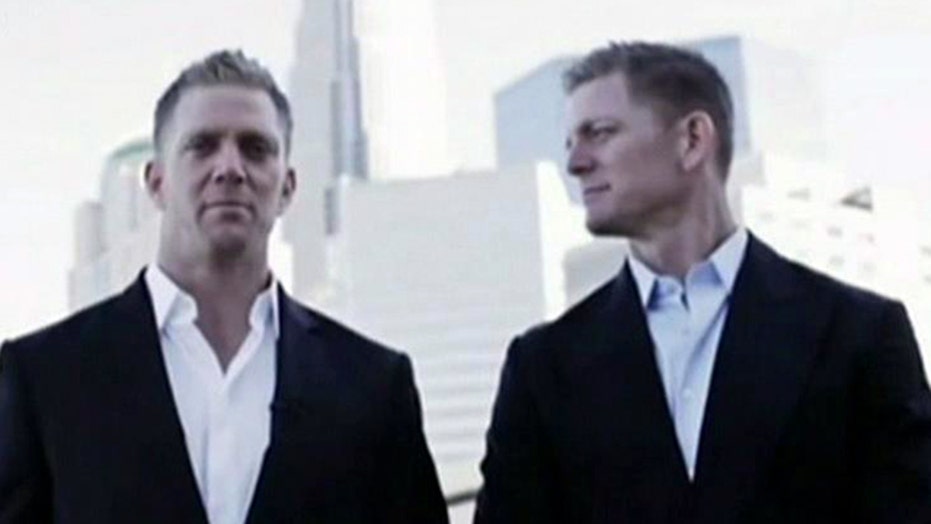 This is a rush transcript from "The Kelly File," May 8, 2014. This copy may not be in its final form and may be updated.

We are also tracking a big fight shaping up tonight after a cable network dumps a reality show about real estate over the hosts' religious believes. The show was being developed around the Benham brothers, who's on HGTV. They're twins, entrepreneurs and outspoken Christians.

UNIDENTIFIED MALE: For my brother and I to take credit for building successful businesses would be like a shovel taking credit for digging a hole. We were just the tools God chose to use to get the job done.

KELLY: Well, when an advocacy group complained that the brothers opposed gay marriage, HGTV dropped the show almost immediately. But tonight a big group of Christian consumers is fighting back.

Tony Perkins is president of the Family Research Council. Tony, good of you to be here. And so before this thing even got launched on HGTV, it got the plug pulled because a group came out and highlighted their families' anti-gay rights positions, anti-abortion positions, as you would put it, biblical positions. And so now the Christian right is organizing to push back against HGTV. Tell us more.

TONY PERKINS, PRSEIDENT, FAMILY RESEARCH COUNCIL: Well, Megyn, it's the same plot, just different channel here. You have these cultural leaks that are giving away to a tiny minority that want to silence, to bully, those who have orthodox Christian views, that are a posed to their liberal ideologies.

Here is a family that out there made a lot of money buying and selling homes that were foreclosed on and so they want to turn around and help people acquire their first home, a dream home, people that may not ever own a home through this reality TV. And the first prototypes that have been out there have gotten rave reviews. It's just a shame. But it shows you where we're headed, because this is pattern we're seeing. Same thing we saw with "Duck Dynasty."

KELLY: If HGTV had a couple of hosts who are about to launch a TV show and it came out that they were gay, and then they pulled the plug on them because they are gay, the backlash would be enormous in this country, and that's because gay rights are more and more protected and recognized in this country. Christian beliefs and Christian rights, not so much.

KELLY: Let me ask you this, because -

PERKINS: And, by the way, Megyn, this was not a part of the show.

KELLY: Because they came out and said -- they seem to have come under harsh criticism not just because they were opposed to gay marriage. but because that they said that David Benham led a prayer rally in 2012 where he said that we need prayer to stop homosexuality and its agenda and talked about how death is the consequence, according to the Bible, for homosexual sin. This is how detestable this type of sin is to God.

That type of language is extremely alienating to very good men and women who happen to be gay and lesbian, and they don't necessarily want to see people holding those beliefs on television.

PERKINS: Well, I would just say, Megyn, that those quotes come from Right Wing Watch. I've read those. Right Wing Watch is as about as reliable as the ObamaCare website. Look, there are people that hold religious positions based on the scripture. They have every right to be in public space as anyone else.

KELLY: Tony, good to see you.