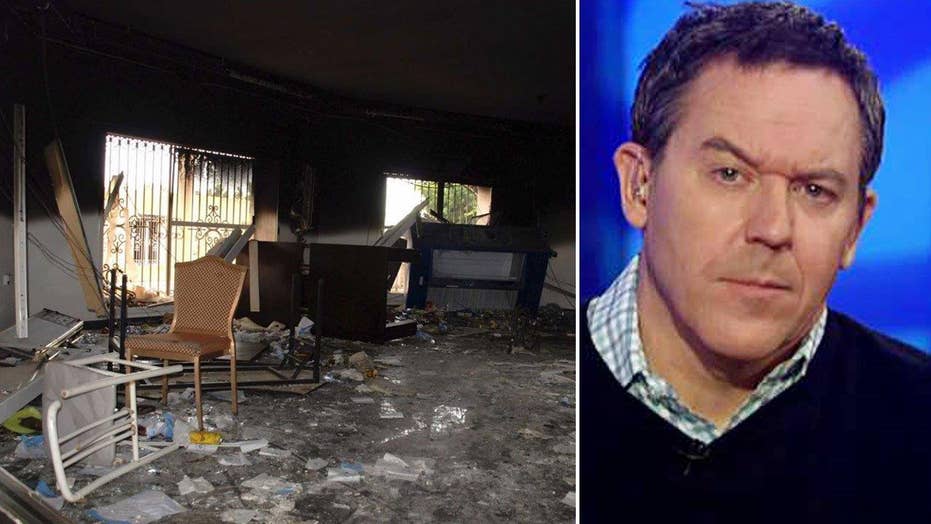 Gutfeld: Who's telling the truth about Benghazi?

Hillary Clinton or the victims' families?

As the new movie on Benghazi comes out, remember this: On September 14, 2012, at Andrews Air Force Base, Hillary Clinton told the family members of the men killed in Benghazi that their deaths were sparked by a video. Four relatives claim she actually did say this. And Tyrone Woods' dad actually made notes after she talked to them. This is key.

Remember when just weeks ago, George Stephanopoulos asked her this:

GEORGE STEPHANOPOULOS, ABC NEWS: Did you tell them it was about the film? And what's your response?

HILLARY CLINTON, DEMOCRATIC PRESIDENTIAL CANDIDATE: No. You know, look, I understand the continuing grief at the loss that parents experienced with the loss of these four brave Americans. And I did testify, as you know, for 11 hours. And I answered all of these questions. Now I can't, I can't help it, that the people think there has to be something else there.

GUTFELD: Well, that does it for me. She's telling the truth and those families are liars.

I mean, who are you going to believe? Some grieving people, including one who took notes? Or some heroic woman who braved sniper fire in Bosnia? Do you trust some dead heroes' relatives or a lady who said she was dead broke after the White House? Who would you accept, the word of people with precise memories of that event, or a person who blamed a planned act of terror on a video? Who are you going to believe, weeping parents, or the person who said she was named after Sir Edmund Hillary, even though he didn't get famous until she was 6 years old. That makes no sense.

And never mind that what these families said are the same things that Hillary had said openly, as well as her flacks did on other shows. See, it's not like Hillary ever lies about anything. She lies about everything. She lies the way a puppy poops: often and everywhere. And it's the press that scrub it off, on their hands and knees.

But in the end, it's just her words against theirs. As loved ones lie in state, she simply lies.