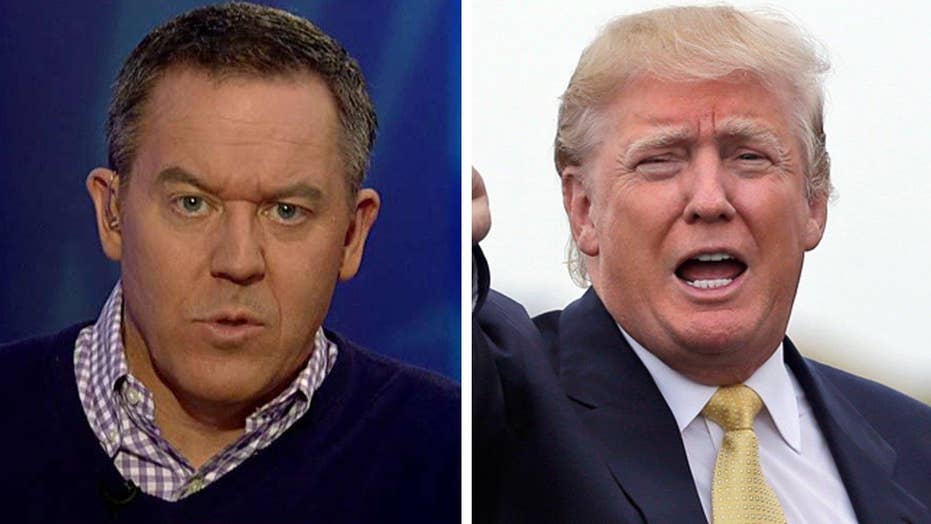 Gutfeld: Who would Trump supporters riot against?

This morning on another network I will not mention -- CNN -- Donald Trump said that a contested convention would be super awesome:

DONALD TRUMP, REPUBLICAN PRESIDENTIAL CANDIDATE: I think we'll win before getting to the convention but I can tell you, if we didn't and if we're 20 votes short or if we're, if we're, you know, a hundred short, and we're at 1,100 and somebody else is at 500 or 400, because we're way ahead of everybody, I don't think you can say that we don't get it automatically. I think it would be -- I think you would have riots. I think you would have riots.

I must have misheard. He said there will be riots -- twice.

Now maybe he didn't mean it or maybe he did. It probably doesn't matter. But we should be consistent. After all, if we bash radicals for inciting unrest if their demands are met, we should probably do that here.

But I am not worried. Who would Trump supporters riot against? I can't see them destroying businesses, because either they work in them or they own them. They don't tip over cop cars or heave rocks at fire trucks because they're likely to be cops or firemen themselves. They would never throw a chair through a window, because that chair cost them 75 bucks at Crate and Barrel. Law-abiding people abide by laws. They aren't occupying Wall Street, they occupy Main Streets.

But what of the candidate, that kinder, gentler one we keep hearing about? Trump's comment reveals that he's aware that he has a faithful army and it must be really good knowing these people are there and willing to fight for you and stick by you even if you shoot someone on Fifth Avenue. But being an actual leader means not abusing power, but humbly respecting it.

Suggesting lawlessness even off-hand in response to a lawful, but unpopular event isn't very presidential. And even though a movement can indeed feel really exciting, we must not shed our scruples in service of a phenomenon. America already did that once in 2008.