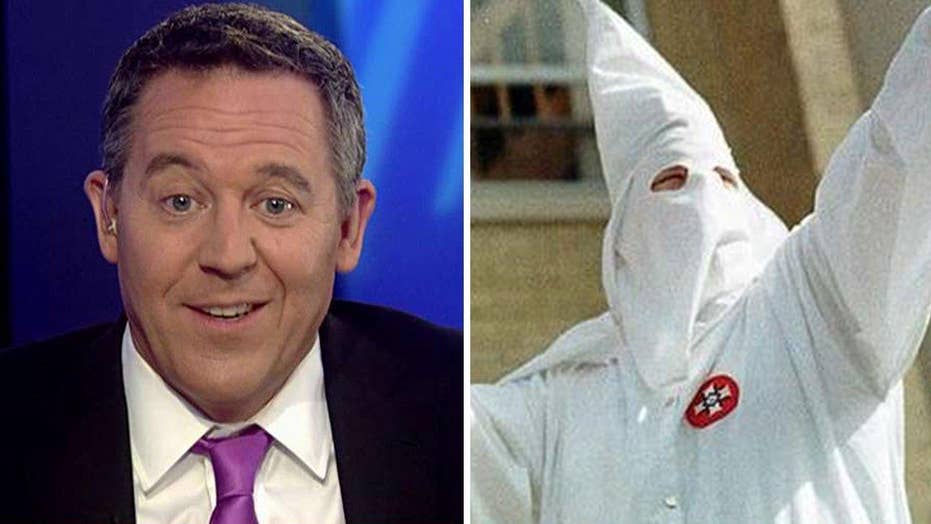 Gutfeld: What if the Orlando gunman had praised the KKK?

Would that have been scrubbed from a 911 transcript?

Yesterday, Attorney General Loretta Lynch said they would only release a partial transcript of the Orlando 911 calls. My word, I wonder what could they possibly leave out?

LORETTA LYNCH, ATTORNEY GENERAL: What we're not going to do is further proclaim this individual's pledges of allegiance to terrorist groups, and further his propaganda.

We will hear him talk about some of those things, but we are not going to hear him make assertions of allegiance on that. This will be audio, this will a printed transcript, but it will begin to capture the back and forth between him and the negotiators.

But after much outcry, they caved, releasing now the whole transcript, claiming the controversy was becoming a distraction -- "distraction" being another word for "embarrassment."

So what's the lesson? While the terrorist should be forgotten, his link to Islamism should not.

I'm against releasing 911 calls, because they violate the privacy of victims and their families. But if you are going to release this one, don't leave out the key parts. Those people were killed because of radical Islam. Removing that from the call is like removing the shark from "Jaws" or the Nazis from "Schindler's List." And what if the killer hadn't mentioned the ISIS, but the KKK -- would this even be an issue?

Today, identity trumps security, which brings us to, again, Islamophobia-phobia, that accusatory hall pass to horror. What if the terrorist's name was Joe Smith? It's not. So they focus on guns, blocking out a death cult that infects the planet like a growing malignancy. It's like blaming arson not on the arsonist, but on fire.

We're told many times how the left loves science. So here some science: Islamism preaches the murder of infidels. Then an Islamist murders -- by his doctrine -- infidels. Cause meet effect. How could you deny that science, Mr. President?