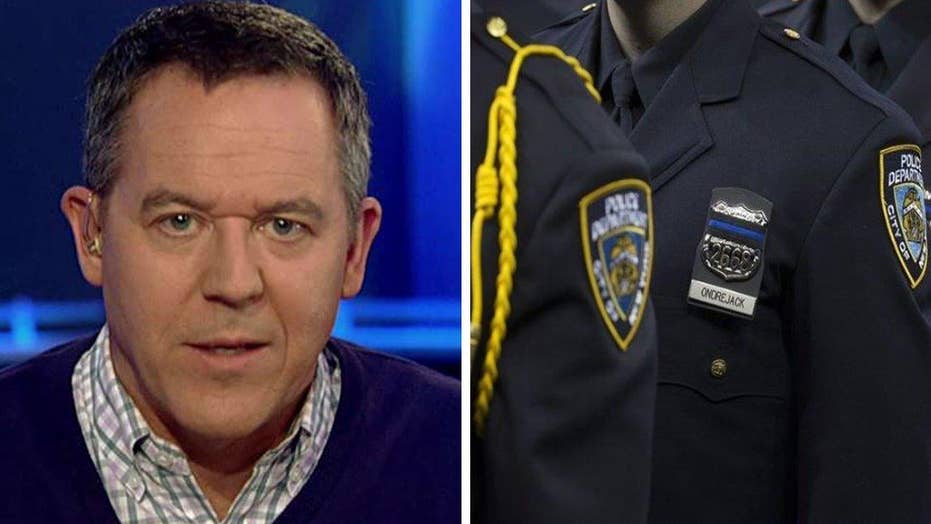 Gutfeld: What happens when cops look out for themselves?

In over 20 major U.S. cities, homicides spiked in the first months of this year

In over 20 major U.S. cities, homicides spiked in the first months of this year, causing the media to search for explanations while denying their own role in this body count. So far they blame heroin, gangs and economic factors. But one person isn't fleeing from the truth. FBI Director James Comey believes scrutiny aimed at police has changed the way it deals with citizens, creating a reticence that has increased homicides -- mainly among minorities. Odd that the media says minorities are often victims of the police, yet more die when the cops back off.

So is this a coincidence? When you prevent the police from doing their jobs, murders go up? No, that's a scientific method, a consequence of an experiment. The experiment: hold back; the consequence: death.

Now, liberals will bend over backwards to say they are troubled by this, but they will resist any common-sense answers. More petty crime, assaults and robberies occur when perps know the police aren't respected and crime becomes more tolerated. Witness the wild jump in shoplifting in California since a bill reduced penalties. Looting is now shopping.

Fact is, reality implicates those scrambling for excuses: politicians, activists and media who undermine the men and women in blue. As gangs, occupied by immigrant and out-of-work young men, savage cities from Long Beach to Chicago, you might wonder: Where are the police? They're looking out for themselves. Someone has to.