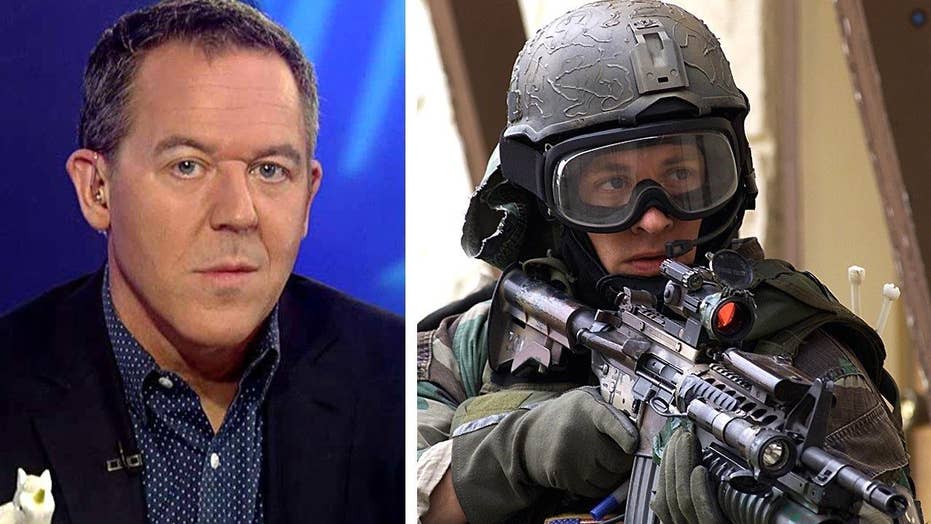 In the old days, if there were a threat to America, we galvanized and pulverized. Now, every threat is countered with a litany of attention-seeking, competing factions

So here's some good news: CIA Director John Brennan says ISIS is gaining strength. Sorry, I meant bad news. Anyway, I wonder if he thinks that ISIL is training and attempting to deploy operatives for further attacks?

CIA DIRECTOR JOHN BRENNAN: We judge that ISIL is training and attempting to deploy operatives for further attacks. ISIL has a large cadre of Western fighters who could potentially serve as operatives for attacks in the West. And the group is probably exploring a variety of means for infiltrating operatives into the West, including in refugee flows, smuggling routes and legitimate methods of travel.

GUTFELD: Wonderful. This after President Obama just played down the threat. I bet he said their ranks are shrinking:

PRESIDENT BARACK OBAMA: ISIL's ranks are shrinking, as well. Their morale is sinking. The flow of foreign fighters, including from America to Syria and Iraq, has plummeted. In fact, our intelligence community now assesses that the ranks of ISIL fighters has been reduced to the lowest levels in more than two and a half years.

GUTFELD: So what if they're both right? The flow of fighters to Syria and Iraq has dropped, but it's because they're coming here to the West. Our response: Speed up refugee admissions in a time of war.

But that's not our only problem. Our problem is we can't settle on a problem. In the old days, if there were a threat to America, we galvanized and we pulverized. Now every threat is countered with a litany
of attention-seeking competing political factions. Yes, ISIS wants us dead. But really, it's gun control. It's Islamophobia. It's climate change. It's childhood obesity. It's feelings, nothing more than feelings.

It's as if you're trying to do surgery and some clown keeps throwing balls at you. Imagine that after Pearl Harbor we prattled on about aviation control, swing dancing and zoot suits.

So today, we no longer just fight the enemy; we fight ourselves, which causes us to fight Islamism incrementally. With ISIS, the president is acting like he's doing a jigsaw puzzle or growing tomatoes or working on his beach body. He's taking his time, isn't he? But it's our time, too.

The good news is we've got the greatest military there ever is and there ever was. We just need to find the will and a leader. And we better find both soon before evil finds us.