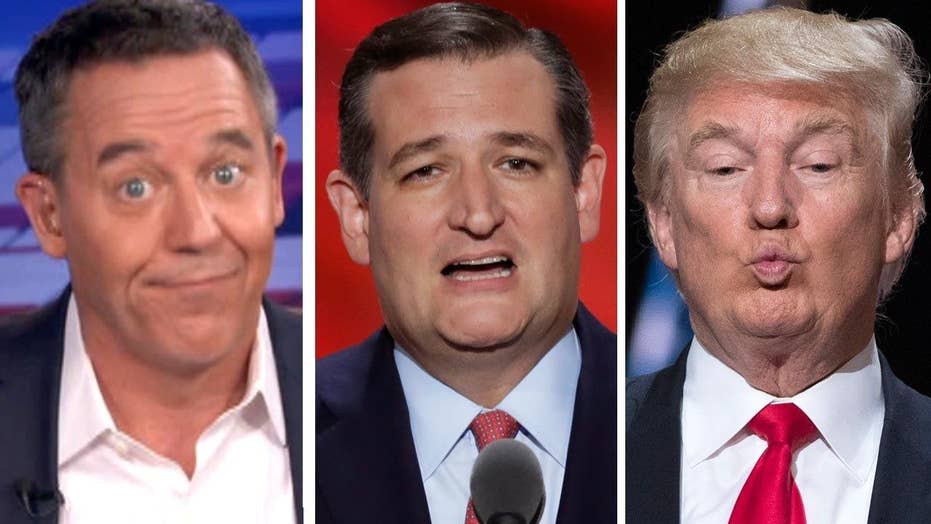 Gutfeld: Trump should have thanked Cruz for the endorsement

SEN. TED CRUZ, FORMER REPUBLICAN PRESIDENTIAL CANDIDATE: If you love our country and love your children as much as I know that you do, stand, and speak, and vote your conscience, vote for candidates up and down the ticket who you trust to defend our freedom and to be faithful to the Constitution.

CRUZ: God bless each and every one of you, and God bless the United States of America.

Now, that's unity. Something tells me he saw that coming, and so did Trump. Donald knows good TV, and knew that would help him. As for Cruz, I'm no fan. He's pure ambition in search of a spotlight. But it's hard to blame him. After mocking his wife's looks, the accusation that his dad might have killed JFK, which I believe, maybe I would do the same thing. I mean, that's your wife and dad. If you don't mind that, you're a putz.

But Ted, if you're still mad, why not just say home? We know that's not his style. Ted has never met a stunt he didn't like. But Trump supporters, why assume voting your conscience isn't a vote for Trump? Trump should have thanked Cruz immediately for the endorsement, then laugh it off. After all, for him, insults come and go like boy bands. One day he'll call you a loser, the next the great guy, it's pro-wrestling, all good fun, right?

Maybe Cruz was remaining true to his principles, something some conservatives deem less important these days. Or, maybe it was self-preservation, banking on a Trump loss. To him, unity is nuts if you're unifying toward defeat. But who cares? The only reason this is news is because it's conflict and conflict is exciting. So Trump should take credit for this, for livening up the week with this stunt, and then move on. Because let's face it, he's said far worse.