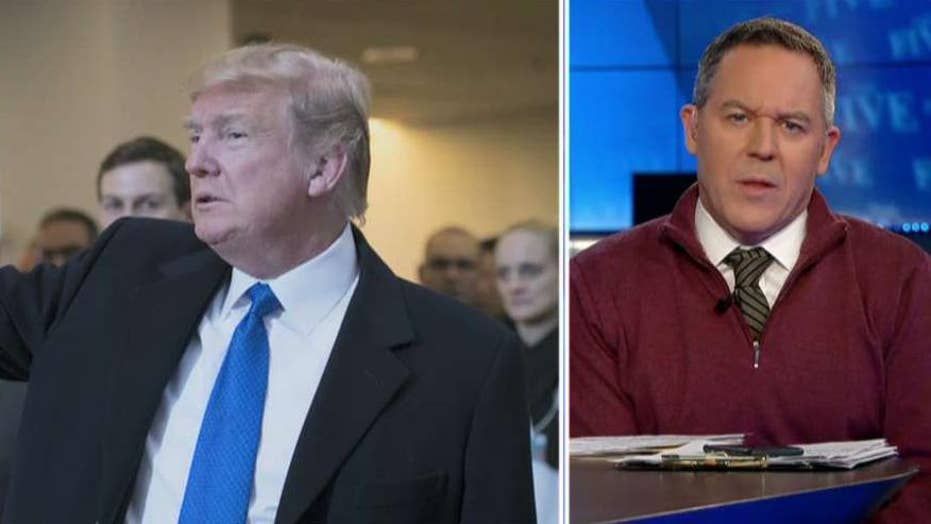 Gutfeld: Trump crashes Davos and tells them what's what

Before the European elites go full anti-Trump, perhaps they should look closely at how the U.S. economy is performing.

Donald Trump is at Davos. I know: What is Davos, you ask? It's the home of the World Economic Forum where world leaders and business executives drink expensive wine, eat fancy meat and throw up in hot tubs. And also tell us what's wrong with us. I was going to go but my Gulfstream has been acting up and my manservant then has an infected uvula.

But these elites won't be giving Trump a warm welcome at all and he's already pissed off at cliffs. Take a look at that. An angry mountain. Swiss activists did that. Pretty funny that there's activists in Switzerland. Please, their biggest problem is being confused for Sweden. But it's not like Donald Trump cares. In fact, the angrier they get, the more his economic policies stand out.

But before the Euros go full anti-Trump, maybe look at us first. Our economy is on fire, so much so that Swiss could warm their hands on it. It's cause and effect. Because of the lower corporate tax, now even Starbucks -- Starbucks -- is giving workers raises worth millions. It's funny. A company raises its wages and Democrats go silent. I guess they just want the government to make those decisions. And now, Fiat Chrysler says its U.S. workers will receive two grand in bonuses.

This is great news for you and bad news for all those vulnerable Democrats up for reelection who didn't back the bill, which means they can't take any credit. All they can hope for is a reversal of fortunes. That's a sad place to be, rooting for bad news so you might win.