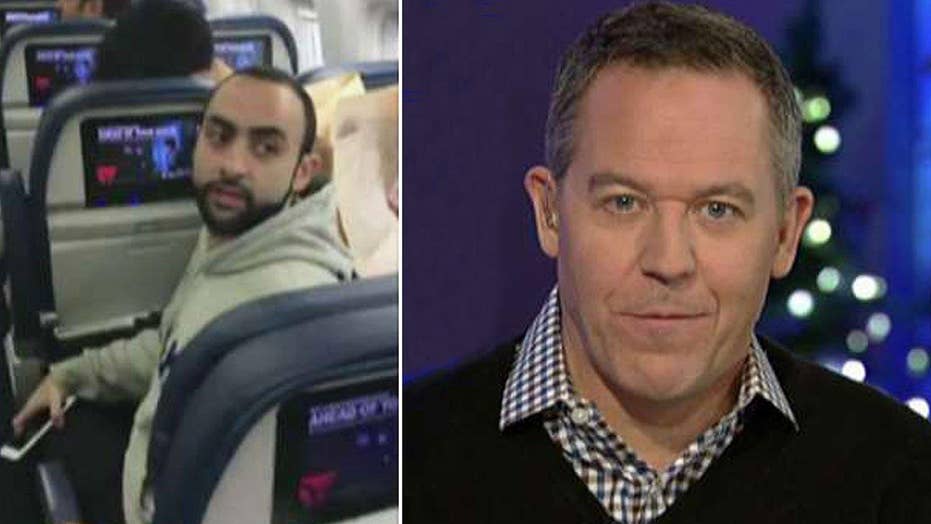 It was big news: A Muslim man kicked off a Delta flight for speaking Arabic on the phone to his mother freaking out Islamophobic passengers and the evil, evil airline. This outraged celebrities, even
actress Olivia Wilde vowed to boycott Delta. Yes! The great Olivia Wilde. And CNN's Brian Steltzer who rails against fake news all the time retweeted the victim's video which fanned the flames.

But hold on you heroic warriors of social justice. Stop indulging your assumptions for just one moment and you'll find that this so-called victim is a renowned hoaxer who fakes events on planes. On his YouTube channel are videos of him with titles like "Arabs on a plane," "Speaking Arabic on a
plane" and "Counting down in Arabic on a plane."

I sense a trend here.

Recently he staged a fake video with a New York City cop harassing men in Muslim dress. It was fake. He even faked the story about boarding a plane in a suitcase. Fake. And there's the time he claimed the Boston bombers were framed. He's also a 9/11 Truther. And still celebs in the media buy his shtick.

This ghoul says that even though he's cried wolf many times before, this time it's real and he's consulting a lawyer. So should Delta. Sue this divisive alienating a-hole.

We must finally declare war on hoaxers because once again, without evidence, so many swallow an attention-seeking drama, happily smearing a company and the innocent people that it employs.

So who is worse: the hoaxer or his frothing enablers in the media? Hard to say. But in the meantime, until further notice, let's make all of them walk.