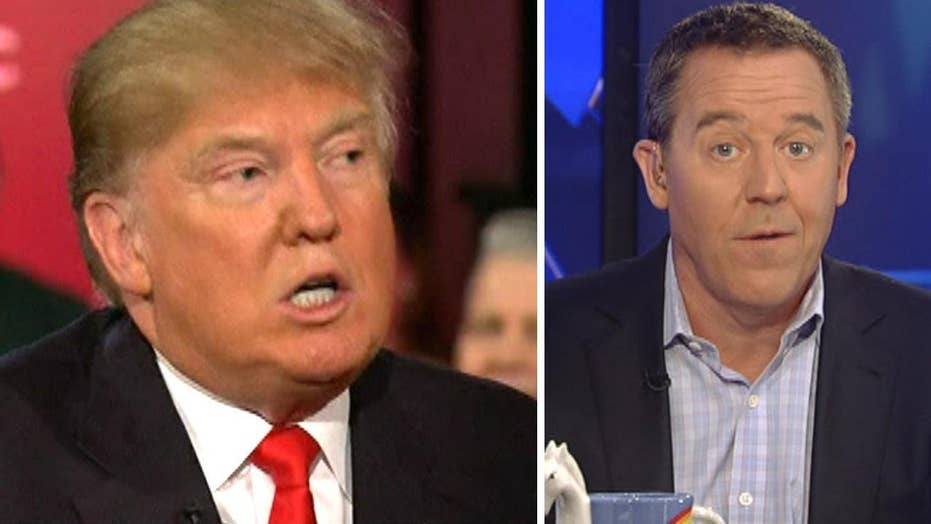 Gutfeld: Time for Trump to start thinking about the issues

After relentless annoying poking from Sir Thrill-leg, Donald Trump said women who have illegal abortions should be punished:

CHRIS MATTHEWS, MSNBC HOST: Should the woman be punished for having an abortion?

MATTHEWS: This is not something you can dodge. If you say abortion is a crime or abortion is murder, you have to deal with it under the law. Should abortion be punished?

TRUMP: Well, people in certain parts of the Republican Party and conservative Republicans would say yes, they should be punished.

MATTHEWS: How about you?

TRUMP: I would say that it is a very serious problem. And that's a problem that we have to decide on.

MATTHEWS: Do you believe in punishment for abortion -- yes or no -- as a principle.

TRUMP: And the answer is that there has to be some form of punishment.

MATTHEWS: For the woman?

TRUMP: Yeah, there has to be some form.

After both anti-and pro-abortion groups denounced this, Trump quickly backtracked. Now maybe the question was a trap. But it isn't a trap if you, a pro-lifer, have thought about it once in your life.

What should Trump have said? Chris, I just became a granddad -- the sixth time -- and I can tell you, it's amazing. The innocent, you've got to protect them. That's what I believe in my heart, and the science backs me up. Very premature babies can survive even if they're born too early. Young parents can hear the heartbeat in mere weeks. You've seen that sonogram on the fridge, it is fabulous stuff. I don't want women to feel they need an abortion. And I want her to feel enough support and hope that she chooses to have the kid instead. She shouldn't be punished -- of course not. Monsters like Kermit Gosnell, they should be punished. What a creep that guy is. Society must promote a culture of life, and I can tell you, that babies will love President Trump.

But he didn't say that because that requires preparation. He feels he's above thinking things through and expects his fans to do it for him. Often they will. Has there ever been a candidate that needs so much explaining? He gave no thought to lifelong righties who have a tough time already defending the unborn. Now every GOP candidate is going to be asked if they think women should be punished.

I'm glad Trump is now pro-life, but that movement is fueled by deep thinkers who strive to preserve life despite a rabidly pro-abortion media. With one comment, Trump could have smashed all they built. But isn't that why we love him?