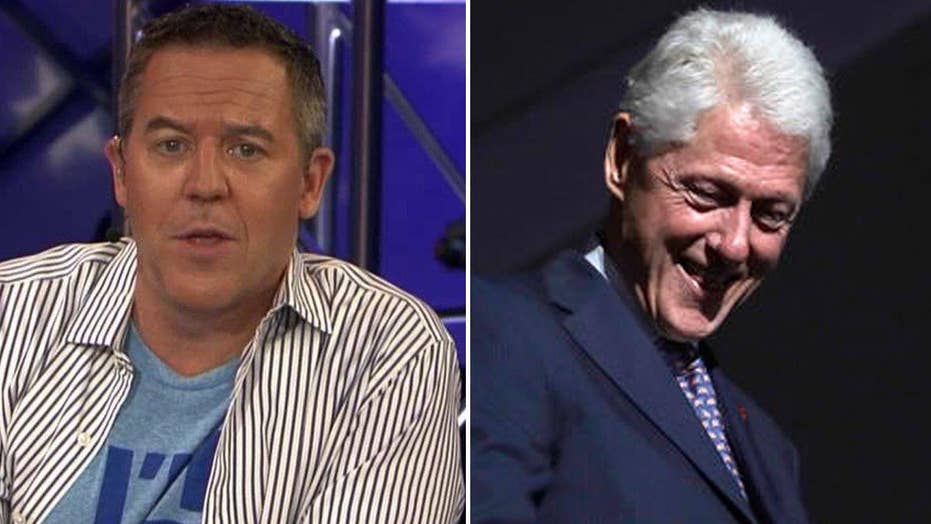 Gutfeld: This is not Bill Clinton's Democratic Party

It's left-wing Raisin Bran, with two extra scoops of socialism

So last night, Bernie threw his supporters under his very own bus.

SEN. BERNIE SANDERS, FORMER DEMOCRATIC PRESIDENTIAL CANDIDATE: This election is about which candidate understands the real problems facing this country and has offered real solutions.

Based on her ideas and her leadership, Hillary Clinton must become the next president of the United States.

Hillary Clinton will make an outstanding president and I am proud to stand with her tonight.

And of course, sadness ensued.

SANDERS: Transform America, and that revolution --

SANDERS: Thank you very much.

Poor thing. But she has no reason to be distraught. She got what she wanted. Sure, it's not Bernie, but it's not Hillary either. It's a "Hernie," a fusion of both. Guilty of cultural appropriation, Hernie is Hillary aping Bernie, embracing a progressive platform that's now 90 percent more progressive. It's left-wing Raisin Bran with two extra scoops of socialism. Trashing evil banks, free trade, corporations and small businesses while expanding the size and scope of big government, Hernie has created a road map to success, found on spectacular display right now in Venezuela.

So this is not Bill Clinton's Democratic Party. It's not even a Democratic Party. It's now a slab of left-wing populism, democratic socialism and vile identity politics. Sanders endorses it, because he helped build this grim repudiation of the most successful system in history, and Hillary is fine with it, as is sad comic Sarah Silverman who relied on tired old jokes, and I don't mean Al Franken.

SARAH SILVERMAN, COMEDIAN: Hillary heard the passion of the people. The people behind Bernie, and I will proudly vote for her.

Just a few years ago, she was a secretary and now she's going to be president. Can I just say to the Bernie or bust people -- you're being ridiculous.

She's calling them ridiculous? That's like Big Bird calling someone yellow and feathery.

So congratulations to Bernie, to realize his socialist dreams, he didn't have to move to Cuba. He moved Cuba here.