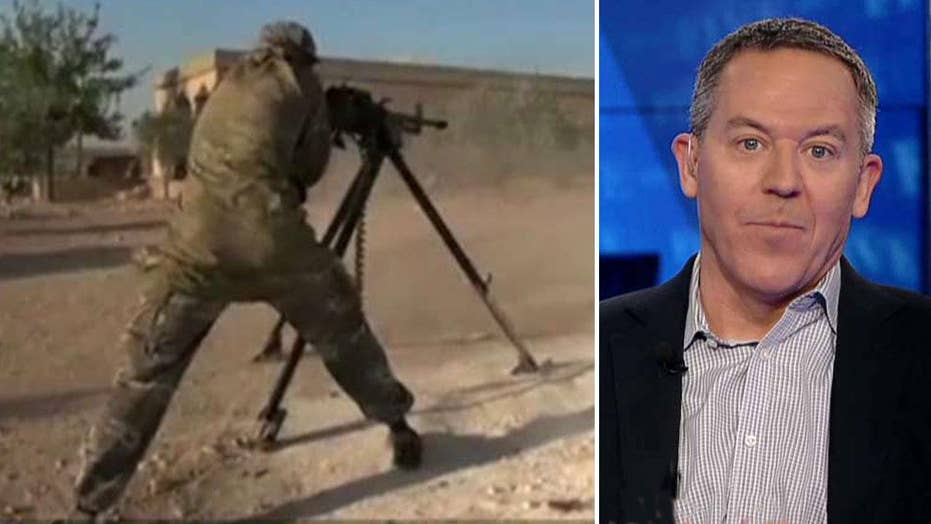 Gutfeld: The fight against ISIS in Raqqa

No one wants to join the loser

According to a statement from Operation Inherent Resolve, what we call the anti-ISIS coalition, U.S. backed forces have launched an offensive to drive ISIS from Raqqa, the so-called capital of the Islamic State.

Recently, Rob O'Neill, the guy who killed bin Laden, told me the only way to destroy ISIS was to take back Raqqa and Mosul to prove the Islamic State was no state at all, because once you do that, you prove everything that ISIS has said to its groupies as a big, fat lie.

Exposing that they are deadbeats makes it hard for them to recruit new bodies. No one wants to join a loser. ISIS was able to recruit because they portrayed themselves as teeming hordes raging across the desert, forcing those in their path to bend to their brutal demands. And they said God approved.

For some reason, we took forever to counter this message. We thought they were JV! So we let it slide, as sexual losers the world over brought into this ISIS fantasy. Now we must kill them all, and it seems that that's the plan.

For example, you don't hear much about taking prisoners anymore. Maybe I missed it but I haven't seen a single prisoner. And ever since that first Gulf War, we've gotten used to seeing the march, surrenders, the taking of cities, the toppling of statues. Yet we see so little of that now.

Maybe there's a reason for that? Maybe it's because what we're doing now is so unbending and so relentless... the way it should have been all along.