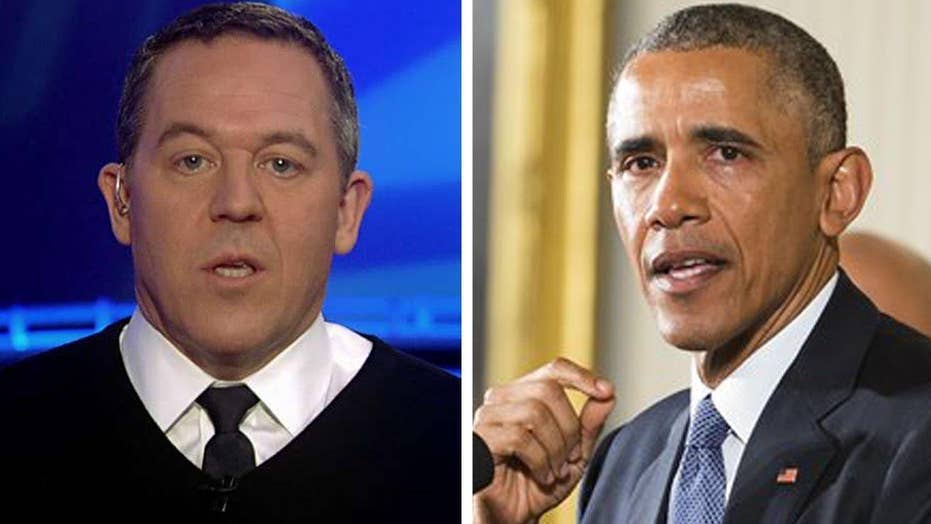 Gutfeld: State of the Union is Obama's last shot at a legacy

The State of the Union is tonight and I don't care.

You've seen it before -- elected reps with more hair in their ears than on their heads camp out early to get a good seat, testing their aging bladders as they desperately seek selfies, groping for that handshake as POTUS passes through like a callous member of One Direction. They are groupies and girls.

I think the State of the Union should be written on a bar napkin, posted on Facebook and read, "You're screwed." Sure, Obama is gonna talk unity, which is great, but it's a little late people. This whole system is rife with suspicion. He doesn't trust you, you don't trust him. And since this is his last shot at a legacy, make way for Gitmo and guns. And if firearms are what caused San Bernardino, then firecrackers made those men rape those women in Cologne.

But any small action makes us worry about it being something bigger, it's the law of incremental threat. If he says background checks, we hear he's taking away our guns. If you say it's radical Islam, he thinks you hate brown people.

Suspicion is Palmolive, and after eight years, we're all soaking in it. It's too bad, because we could all use a hefty dose of unity right now. But if our values are seen as obstacles to wider notions of change, then suspicion is all we have left.

And so, the president and America were like a married couple in divorce court. We get the house, but he gets everything else.