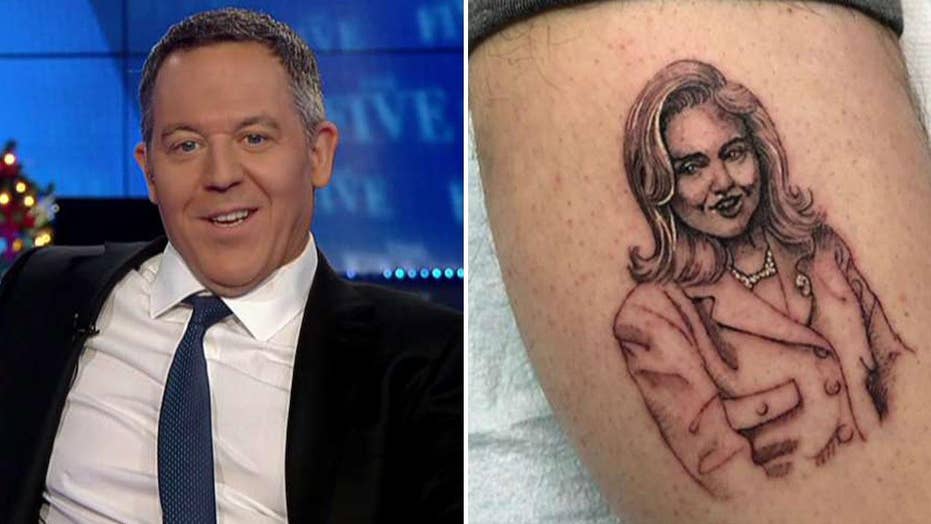 'Saturday Night Live' cast member Pete Davidson will soon learn that decisions based on feelings always end with something you regret.

Welcome to "It's Just Too Easy." It's when we do a story that's just too easy to ridicule, making it too hard to ignore.

So in this episode, Pete Davidson -- he's the nice kid from "Saturday Night Live" -- just got a tattoo of Hillary on his arm. When his friends asked him why, he said it was because Hillary was a badass. So now he has something in common with Hillary: They both have an ass on their arm. Hers was named Bill.

See? It's just too easy.

So maybe it's better to ask why would you get a tattoo of Hillary when there are so many other more preferable options? Like a gorgeous dolphin. Look at that. Or maybe a delightful unicorn. That is so special. Or why not just me? Yes. Look at that. It's beautiful. Everyone should have me on their body -- tattoowise.

Anyway, Pete, we get it. You care. You are morally superior, but woefully transparent in your appeasement. Tattoos like this illustrate that decisions based on feelings always end with something you really regret. Like choosing Hillary as your candidate, because it felt great to nominate a woman. She lost and yet tattoos are easier to disappear.