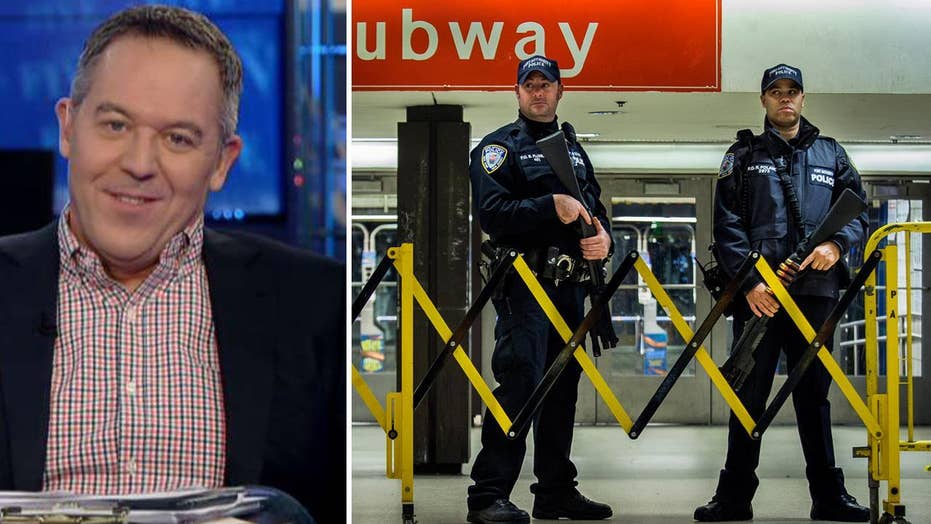 I don't know the Muslim word for chutzpah but the family of yesterday's failed New York bomber is full of it. They're attacking law enforcement for so-called "heavy-handed tactics." What say you, New York chapter, the Council on American Islamic Relations? I bet you're outraged.

ALBERT FOX CAHN, CAIR NEW YORK: We're also outraged by the behavior of the law enforcement officials who have held children as small as 4 years old out in the cold, and who pulled a teenager out of high school classes to interrogate him without a lawyer, without his parents.

GUTFELD: The children! They put children out in the cold -- which can happen when you take them outside briefly to a waiting car. And I'm sure the teen jerked out of high school was heartbroken. He was probably busy in shop class building a clock.

But it's a common reflex to use kids as a defense. Clearly it's not about the terror attack at all, but about the children. But they're right: We shouldn't be questioning the family, we should be putting them up in a five-star hotel with nothing but the best food and entertainment. Maybe tickets to a show. Try "Book of Mormon" -- you'd get a kick out of that. Or why not visit the Freedom Tower for a guided tour?

CAHN: These are not the sorts of actions we expect from our justice system.

GUTFELD: Well, terrorism is not the sort of thing we expect from decent, law-abiding humans. But yeah, it's our justice system we've got to worry about.

So I offer this humble suggestion to the family: It's the justice system that is protecting you from your own family member. So you should not only thank these officers, but also you should cooperate because if this were any other country -- including the one that you left -- family members of a terrorist would be collected and probably never heard from again. But I guess that's why you're here -- for now.