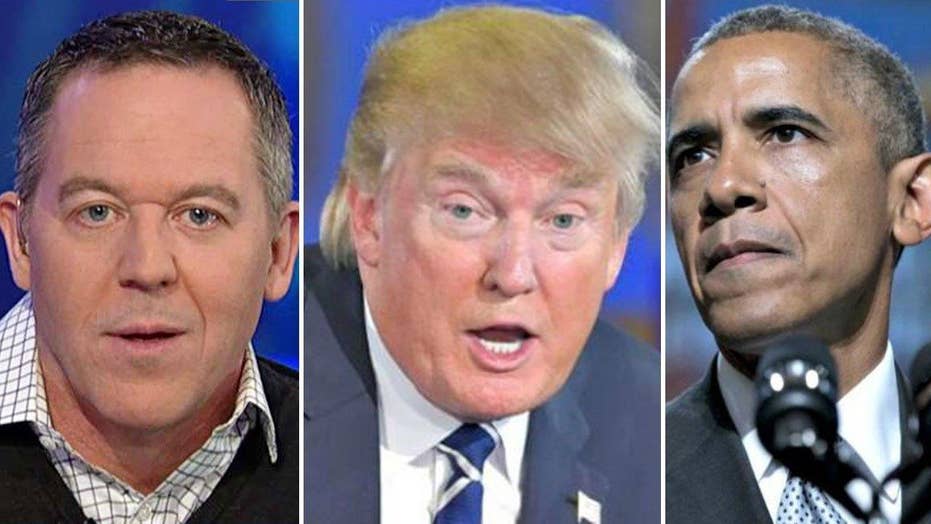 President Obama lets bombers, traitors and crack dealers out of jail, but it's Donald Trump we should fear?

As our current president lets bombers, traders and crack dealers out of jail, it's President-elect Trump we should fear. Right, Carol?

CAROL COSTELLO, CNN HOST: A lot of people in the country are scared, they're axiety-ridden. They want to hear something from him that says to them, you know what, it's going to be OK. But instead we are hearing from the combative Donald Trump.

TOM BARRACK, COLONY CAPITAL CEO: And I understand that the feeling is that the president-elect himself is fueling this because he continues to be adversarial on issues he's concerned with. But at the same time.

COSTELLO: He is entrenching Americans in their camp.

Oh my God! She is the only Costello less serious than Lou.

Now I get it. Trump sounds mean and Obama is so soothing he is like a cup of chamomile tea that drones people.

PRESIDENT BARACK OBAMA: We have traveled the world together. We did a few singles, a few doubles together. I have offered advice that I thought was pretty sound, like don't do stupid stuff. And even when you complained about my long answers, I just want you to know that the only reason they were long was because you asked six-part questions.

Ha-ha-ha. Now, to that Dr. Jekyll, Trump is Mr. Hyde. He is loud, impulsive, a pissed off Creamsicle. The media says he is dividing America. Yet, few minded when Hillary called half of America irredeemable. Republicans are always demonized. Now, for once, we demonize back. Here is "Joyless" Behar from the knitting circle in hell.

JOY BEHAR, CO- HOST: Let's talk about what's going on right now because the inauguration of a certain person is happening on January 20th.

SUNNY HOSTIN, CO-HOST: He who shall not be named.

BEHAR: Right. It's happening January 20th. And there are millions of people who did not vote for him and who feel frightened. I run into people all the time. "Joy, keep talking, we are scared, we don't know what to do."

No one says "keep talking" to Joy.

Oh, the good old days when only liberals scared us -- the Weather Underground, the Black Panthers, FALN. The FALN killed many, they maimed cops, they terrorized cities. And now, President Obama just releases one. And you thought Bill Ayers was just a fluke.

The lesson: When the left kills, it's romantic. A Republican is rude? Now that's evil.

What the media does to Trump is what they did the cops -- say the police are really harmful, then later ask why people are so scared of the police. So they treat a Trump White House like a zombie apocalypse, hoping the mentality spreads.

But one thing is clear: Judging from the last presser, the press adores President Obama. They still do. Yet they fear Trump.