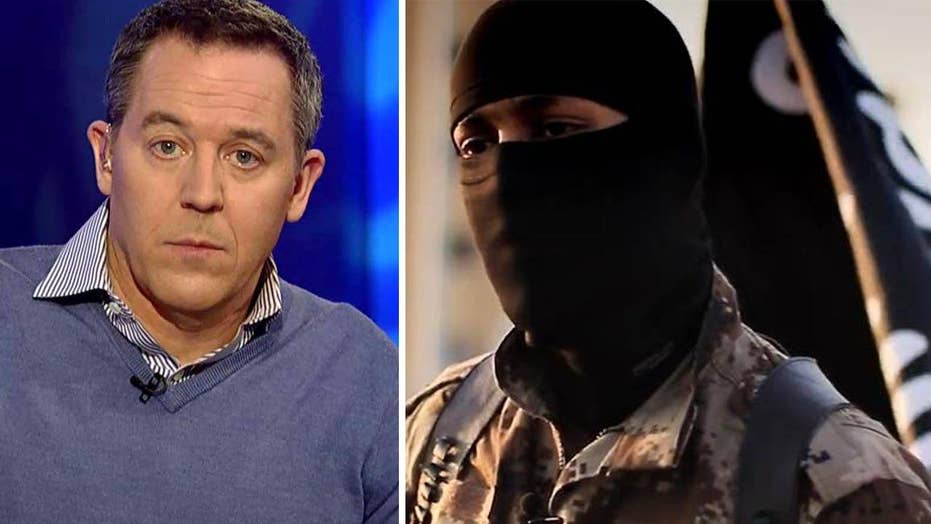 Gutfeld: Playing 'wait and see' with ISIS endangers us all

U.S. rules of engagement are paving the way for an inevitable attack against our country

Last night on "60 Minutes," a show that lasts an hour, CIA Director John Brennan admits ISIS has chemical weapons and he expects them to use them on us:

JOHN BRENNAN, CIA DIRECTOR: We have a number of instances where ISIL has
used chemical munitions on the battlefield.

BRENNAN: Yes. There are reports that ISIS has access to chemical precursors and munitions that they can use.

PELLEY: And the capability of exporting those chemicals to the West?

BRENNAN: I think there's always a potential for that. I think ISIL does want to eventually find its mark here.

PELLEY: You're expecting an attack in the United States?

BRENNAN: I'm expecting them to try to put in place the operatives, the material, or whatever else that they need to do, or to incite people to carry out these attacks, clearly. So I believe that their attempts are inevitable. I don't think their successes necessarily are.

BRENNAN: If there was a major attack here and we had ISIS fingerprints on it, certainly, this would encourage us to be even more forceful in terms of what it is that we need to do.

PELLEY: If our policy after an attack in the United States would be to be more forceful. Why isn't that
our policy now, before an attack?

BRENNAN: I think we're being as forceful as we can be in making sure that we're being surgical, though, as well. What we don't want to do is to alienate others within that region and have any type of indiscriminate actions that are going to lead to deaths of additional civilians.

So there you have it: rules of engagement -- which is code for put them before us. It's not only preventing us from stopping ISIS, it's paving the way for its inevitable attack against our own country.

Imagine a cop saying to you, "We can't help you out until that crazy guy murders your family. Then by all means, call us." That's the logic and it's brought to you by the hyper-tolerant folks behind Islamophobia-phobia. This is not wait and see. It's wait and die. And it's not a moral stance, nor one that protects America. It's a stance that leads to the death of your loved ones. And it's not going to be small. It won't be San Bernardino and it won't be a machete attack. Thanks to the modern threesome of technology, bio-agents and suicidal ideology, the next attack could make 9/11 look like "9 1/2 Weeks."

The sad part about this is, we need to wait for it, because it's the polite thing to do. What a White House. They want to criminalize war, even when ISIS won't play along.