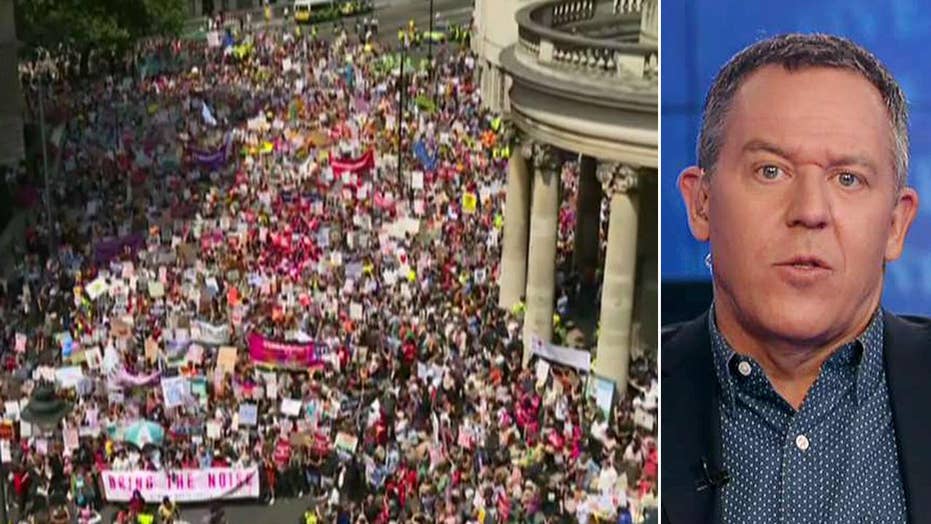 Gutfeld on the protests in England against Trump

President Trump says he feels 'unwelcome' in London due to protests.

Here's the reaction in London to Donald Trump's recent visit.

I could watch that forever. Those are some seriously fit protestors. They could punch their way to a cat's sneeze. So here's more.

Oh, man. No wonder they're worried about America leaving NATO.

Now, you can learn a lot from a protest. First, if there's a violent revolution from the left, we can relax. I've seen fitter corpses. Second, you can look it up but I doubt you saw this kind of rage over the organized child sex abuse of Rotherham or recent terror attacks in England. Third, you have to ask why they care so much about us and about our immigration concerns. It's because these protesters are leftists first, countrymen second. As with all socialists, the cause always outranks any patriotism.

But what of the giant Trump balloon? The media made it seem so huge, but I think I won something like that at a county fair. Twenty-thousand pounds, that's what it costs for these idiots to feel good about themselves. Meth is cheaper and, I hear, more effective.

That's the problem with trying to inflate your importance without actually being important at all. You end up looking small, stupid, weak.

So Trump landed on that island and became the only thing anybody talked about it. He made Sacha Baron Cohen look like Mr. Rogers. Did you even realize Wimbledon was won? And then he left. Yes, he came out of the sky, scared the natives, met the queen. Now he's gone, they're all saying, "Did you see that?" In other words, Trump went to Britain, but all you got was that lousy balloon.