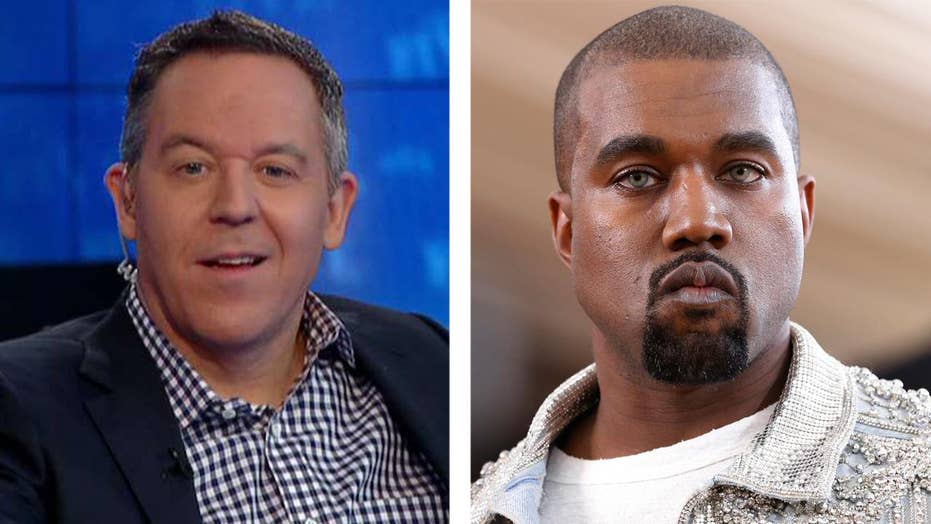 Gutfeld on the Kanye tweets

Kanye West caused a stir this weekend by tweeting praise of black conservative Candace Owens. The vicious smears that followed from leftists proved his point: The thought police want to suppress freedom.

Writer Toure condemned West for liking someone with, quote, "anti-black positions," a cowardly jab at Ms. Owens for daring to speak up. Joy Reid mocked those lauding Kanye's bravery, revealing her own bitter jealousy of Owens's fearlessness. Yes, Tom Arnold: He unleashed a sexist attack on Candace. If he were a conservative, he'd be frog-marched into the sea. We can't even show you that tweet.

So these attacks on her prove that what Kanye did was a big deal. He challenged the mob. He knew that tweet would attract the pitchforks, but he did it anyway. West sacrificed himself to the mob to show that it's possible and inspirational.

As for the attacks, the goal is to stigmatize, because smears always shut down debate. And West must be punished, too, for the strategy is to ruin everyone by connection. If you like Candace, you're worse than Candace. When in reality, both transcend the orbit that their critics still live in.

Kanye is extra dangerous to the left. For blacks leaning right, he's confirmatory. They've got to shut him down. And he didn't even endorse Candace's beliefs, just her guts. In attacking him, they're attacking the very concept of free speech. Because there's nothing scarier to a leftist that a freethinker. West is one, so is Owens. Some network should hire her.