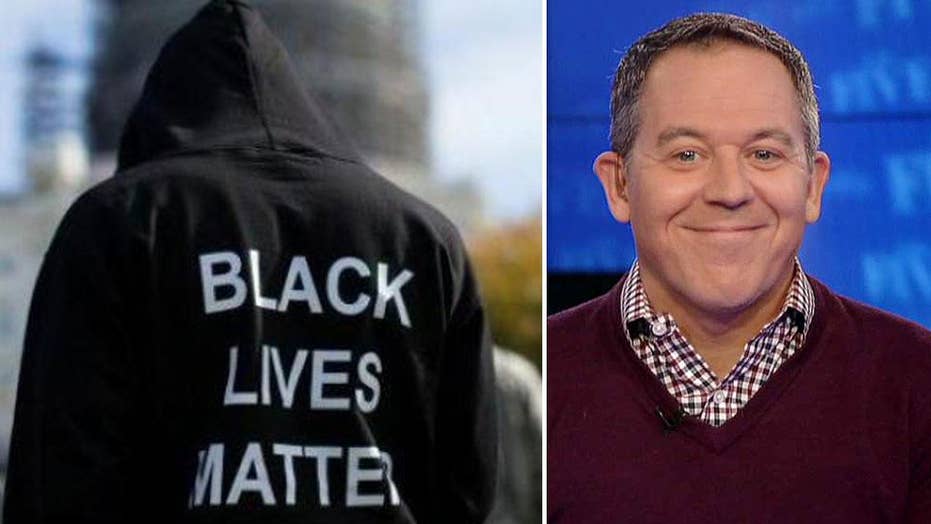 Gutfeld on the demonization of President Trump

President Trump is death metal to the left

In a New York Times piece, the Black Lives Matters founder says they'd never meet with Donald Trump because he's Hitler -- quote, "we wouldn't as a movement take a seat at the table with Trump because we wouldn't have done that with Hitler. Trump is literally" -- literally -- "the epitome of evil, all the evils of this country. Be it racism, capitalism" -- yes, capitalism -- "sexism, homophobia," blah, blah, blah. It goes on, but does it matter?

What you're seeing is a mass delusion where every action proves a monster. It's the same mania behind the witch trials or when Ronald Reagan was testing his microphone and decided to make a joke:

THEN-PRESIDENT RONALD REAGAN: My fellow Americans, I'm pleased to tell you today that I've signed legislation that would outlaw Russia forever and we begin bombing in 5 minutes.

Now the media freaked out over this like it was real, which is what happens with Donald Trump every single day. And that's key: If you lose your mind over every single word, you will lose it forever and then think he's as evil as heavy metal was in the 1980s.

THEN-SENATOR AL GORE: From some of the fan magazines of particularly heavy metal, that little sadomasochistic outfits are advertised with the fingerless gloves and it spikes and studs on them. And that these little S&M outfits are marketed to teens and pre-teens, is that correct?

DEE SNIDER, MUSICIAN: Well, they are marketed, who buys I'm not sure.

Al can sure pick a cause. And he's the expert in climate change!

But this is my point: Donald Trump is now death metal to the left. He is now a scare, officially a scare. Triggered by Trump selection, the aftershock creates uncertainty which leads to this frenzy. So to the left, Trump isn't just racist or insane, but now he's both. And yet the Democrats lost to him, how nuts does that sound?

But this belief that he is crazy evil, that removes one step, dialogue that used to prevent violence because to make violence OK, you must demonize the target, which was done to cops recently. After years of demonizing, they became targets. Shots by fiends in Dallas and Brooklyn, Louisiana, San Antonio who took pigs in a blanket to heart.

You'd think some people would learn, but delusions die hard when you only talk to the diluted.