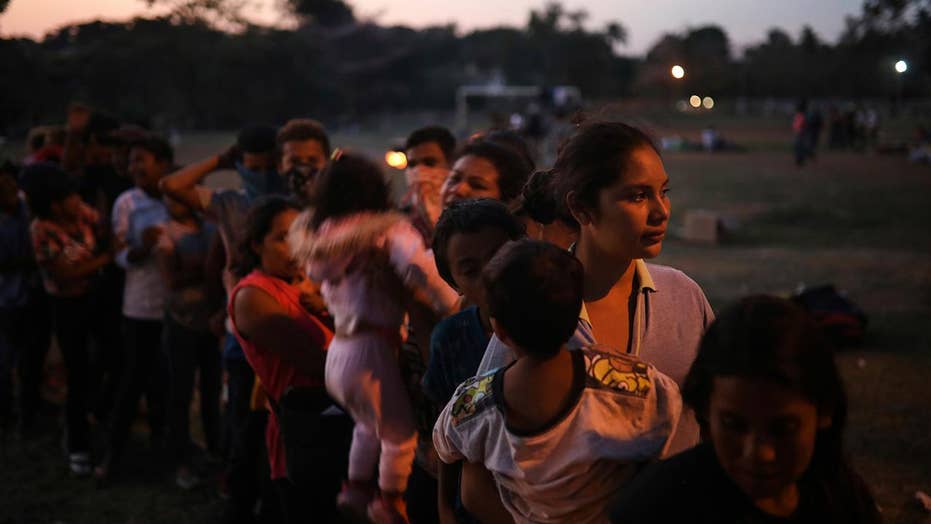 Gutfeld on the collapsing caravan

PRESIDENT DONALD TRUMP: I've been speaking with General Mattis, we're going to be doing things militarily until we can have a wall and proper security. We're going to be guarding our border with the military. It's a big step. We really haven't done that before, certainly not very much before.

Well, it's a plan, which means to the media it's a crackdown. Yet, any response short of waving the caravan through is drastic. But if you want to prove a need for that wall, send a thousand people to our border as a political stunt. I mean, are we sure Trump didn't plan this? He'll never get a better visual aid for his argument. Thanks, Honduras.

Fact is, all societies frown on line cutting, without a line you have chaos. The exception: dire need. At the E.R., a heart attack trumps a flu, even if the flu got their first. And that's why the caravan backfired. It was political, calculated, designed to challenge the idea of a border. And it hurts everyone who really wants to come here. Just ask anyone who did it legally.

And you wonder why Trump's approval climbs. Yes, there are daily shifts, but the story is the long-term trend, not the absolute level of approval. So why the rise, even as the media pushes collusion, Stormy and chaos? Could it be that America loves the underdog and the media has made Trump into that very thing by relentlessly demonizing him? Controversies become background noise to other things in life. The other thing being job numbers, tax cuts, terror, progress with a looming nuclear threat that is North Korea, and, yes, immigration.

So despite a panicky press, issues seem to matter more to you than the media's mud. And perhaps those obsessing over the latest rumor may actually be helping Trump out. How hilarious. The same network that elected Trump, CNN, may end up reelecting him.