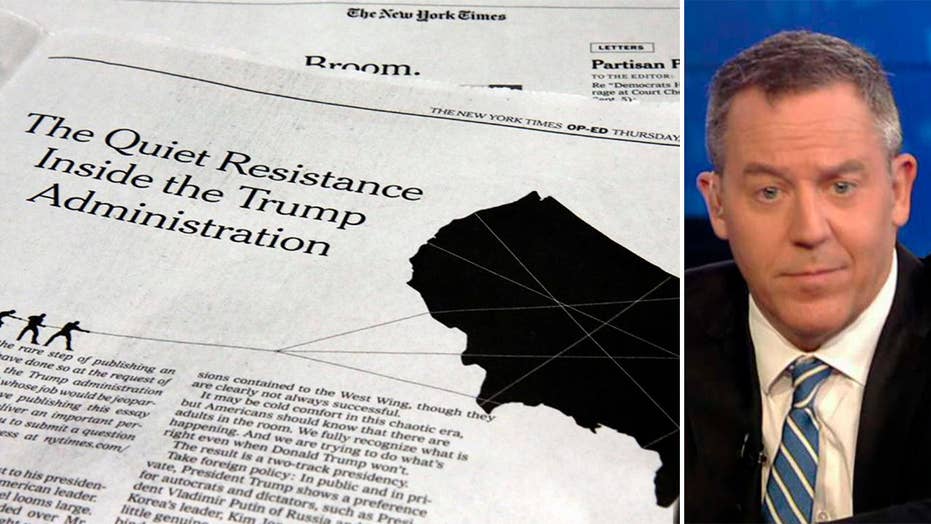 If you believe that the New York Times piece hurts President Trump, you might be dumb enough to read The Times.

All right, about that anonymous op-ed by a so-called "senior official" in the New York Times trashing the president for his style and coarseness. Yep, they went after Trump for being Trump. I know, shocking. The Times said this story was published at the request of the author, which is the way the Times used to sell classified ads. Next time I want to do 1,200 words of the destructiveness of the mainstream media. I'll just call ahead and make a reservation. I, joke. That only works if you're in the resistance where you can claim it's about restoring civility, but it's really about unseating Trump.

But within all this phoniness, only one sentence really mattered: When Captain Anonymous said the country is already safer and more prosperous. Wait a minute, so the country is safer and more prosperous under Trump, but not nicer to dolphins or more likely to recycle? Let's impeach this guy. Yep, just two silly variables, security and prosperity, which happen to be the best variables ever.

Seriously then, what's left to critique? His style. Trump is a big meanie. He's worse than Darth. Please, tell it to H.R. I'll take the deeds, you cry about the words. Because we've already get it, Trump is an intense boss who asks tons of questions and makes you feel bad because he's not like your old boss, the one that almost sank the company. Also, Trump never buys doughnuts and leaves his dirty coffee mug in the sink.

So if you believe that this Times piece hurt Trump, you might be dumb enough to read the Times. It doesn't hurt him a bit. The scoop: Trump's not nice. That's not journalism. That's clickbait.

So well done, New York Times, you may be the paper of record but it's a broken one.