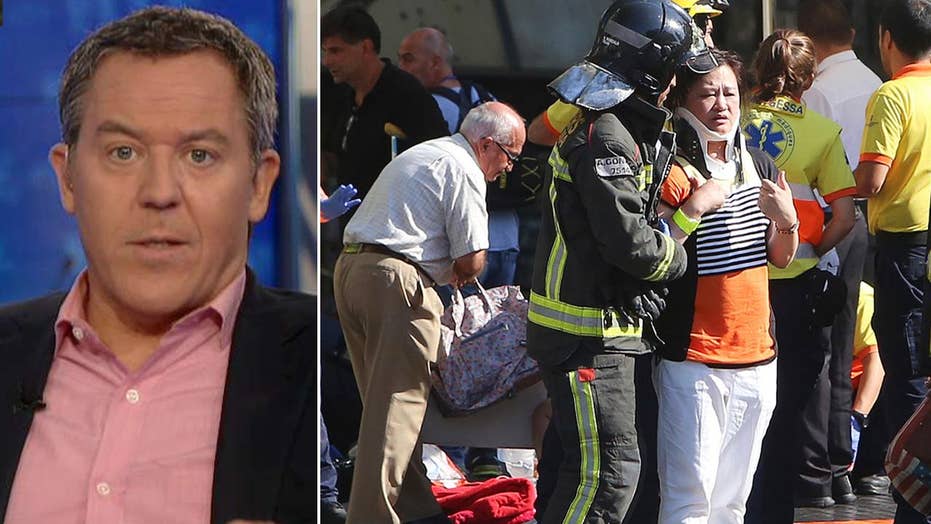 Gutfeld on terrorism caught in the eclipse

I'm always flummoxed how one story can eclipse another

The word of the day is eclipse, but not for the reasons you think. I'm always flummoxed by how one story can eclipse another.

Before our attention spans were reduced to that of skittish gnats we spent time on a story. Now, two big ones slip right by us -- both about foiled plots. One, in Barcelona, still killed 14 people. But the fiends intended to kill 100 times that, targeting a popular tourist attraction -- the Basilica of the Sagrada Familia -- using vans packed with explosives. They blew each other up instead, in an apartment, but the survivors resorted to killing tourists with a van.

Another plot involved explosives placed in a Barbie doll and a meat grinder, meant to take down an Australian jetliner. The bombs didn't make it on the flight because the luggage they were in was 15 pounds over the limit. That should provide no comfort. That plot failed not because they were foiled, but because the creeps screwed up. That's pretty scary.

Still, in our world, statues are a higher priority than a relentless plan to destroy us. I've said it before: Statues don't move, terrorists do -- and they won't stop until you're eliminated.

The more we eclipse that stark truth, the more we remain in the dark, our lives in the hands of creeps who pine for the truly Dark Ages.

Yes, the media says we're not supposed to look directly at an eclipse. They don't want you looking at Barcelona or Australian airports either.