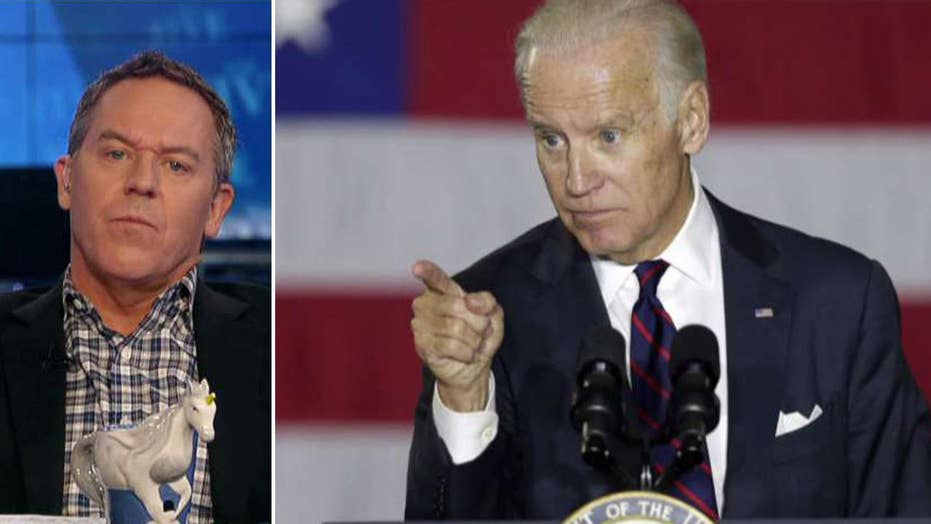 Gutfeld on phony cries for civility

While it's nice to hear about the good old days of bipartisanship, remember it's just code for losing.

So, Joe Biden, what's at stake in the midterms, everything?

GUTFELD: You know he's right. It's about time we started being civil to each other. Why I can remember like it was yesterday when a bright young star fresh into hair plugs had this to say about his Republican opponents:

THEN-VICE PRESIDENT JOR BIDEN: He's going to put you all back in chains.

GUTFELD: They're going to put you all back in chains, he said to a diverse crowd. What's he trying to suggest there? Could that be one of those "dog whistles" we keep hearing about? But, hey, we all make mistakes. But the biggest mistake is to pretend that before Donald Trump all of our politicians were dignified figures who treated each other with respect. Sorry, every politician was just as bad if not worse than our current crop. They were just better at hiding their dirty tricks and better at having their henchmen sling the mud for them, spreading rumors about troubled wives, illegitimate kids, drinking, pills, animal cruelty, bullying, and, of course, not-so-subtle accusations of racism. And, as always, the media helped.

Yes, Trump insults you. We get it. But the political hacks who condemn him now did so much more into each other. They only forgave each other over it because they knew they were all as guilty as sin.

So while it's nice to hear about the good old days of bipartisanship, remember that's just code for losing. All the phony hugs dissolve like butter on a hot plate as you just saw on the hearings as one side paints the other as evil and the media will sit on his hands because they set the stage for it.

So save your lectures on respect. It disrespects us.