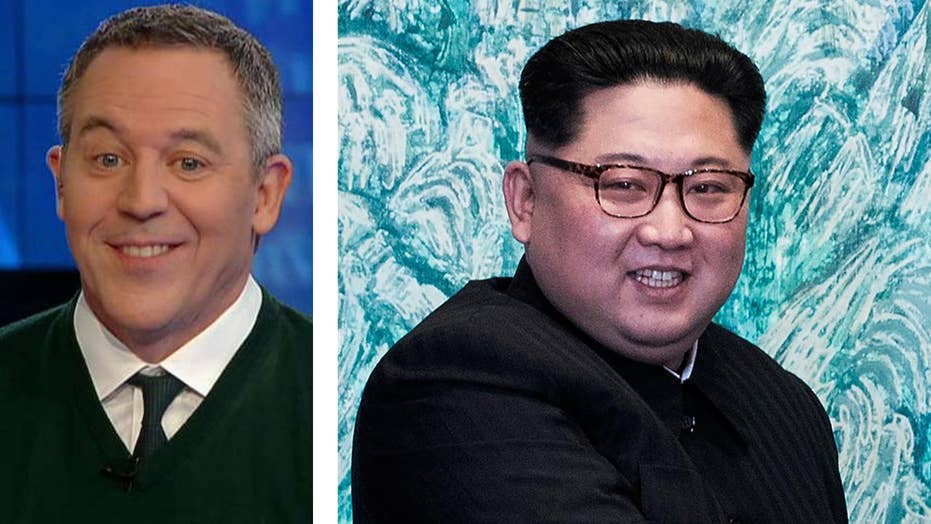 Gutfeld on North Korea threatening to pull out of summit

Well, someone in North Korea read "The Art of the Deal."

That is so Donald.

Now, this shocks the media, but if you just read one sentence from Trump's book, you'd know that negotiations don't proceed without such antics and more will come. And it's not like Trump didn't prepare you for it. Let's see what happens:

It's taken a long time, many, many decades to get here. Let's see what happens.

So, we will see what happens.

We'll see what happens. That montage was for those who think Trump is being played or hopes that he's being played. Better he looks a fool than brings world peace -- right, media?

ANDREA MITCHELL, NBC NEWS: This was utterly predictable, once the president was so eager to accept the terms before the terns were even spelled out.

CHUCK TODD, NBC NEWS: Is it possible Kim Jong-un realizes he's got everything he's already wanted, which is recognition on the world stage.

WOLF BLITZER, CNN: Did President Trump, do you believe, make a mistake and all of his optimism about his upcoming summit with Kim Jong-un?

Point is we all come at this with heavy skepticism. With Trump, we trust he's not full of rosy optimism driven by selfish legacy. This is a guy who wields a real stick, not just a yummy carrot, which is why there's real reason to be optimistic, even with the North Korean threats. I'd be more uncertain without such threats. It's a sign of engagement.

Granted, for this deal to happen, you have to think big and believe you can actually pull it off. Take a way smaller achievement: Wollman Rink, a Manhattan attraction that languished for years because the city couldn't get it running. Trump got involved and in months turned it into a wildly popular tourist attraction. So, why does that happen? Because some guy thought he could do it. Do not underestimate the power of positive thinking, especially when it's coming from someone who knows the good guy from the bad and how to speak both their languages.

And, look, haven't we seen results already? Today, North Korea threatened to cancel a meeting. Months ago they were threatening to nuke us. I call that progress.