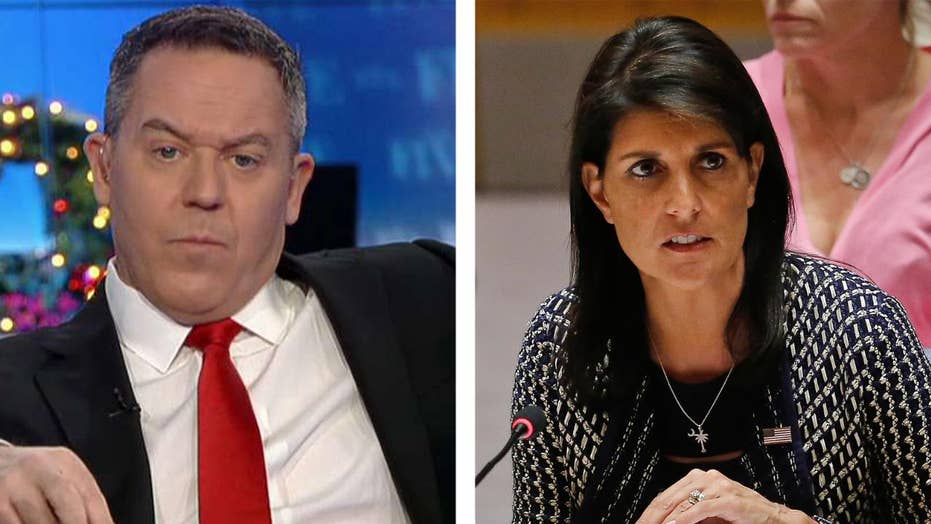 Amb. Haley sends letter to United Nations General Assembly saying 'we will take note of each and every vote.'

So the U.N. is considering a resolution concerning President Trump's recent decision to move our embassy in Israel to Jerusalem. Upon hearing this, the Trump administration has decided to cancel the move. I kid.

U.N. Ambassador Nikki Haley tweeted this, "At the U.N. we're always asked to do more and give more. So when we make a decision at the will of the American people about where to locate our embassy, we don't expect those we've helped to target us. On Thursday, there'll be a vote criticizing our choice. The U.S. will be taking names. "

Taking names. You got to love that. It's politics meets "The Godfather." I'm shaking.

So, Haley shows us what American foreign policy looks like with a spine. For so long we've endured a relationship with the U.N. that verges on spousal abuse. No matter what we do -- save lives, help those in need, trying to pull violent countries out of their own deadly chaos -- the U.N. then kicks us in the teeth.

It's nice to see Haley hit first and hard to counter the coming petulant whine, and whine they will. After all, it's our embassy, not theirs. So shut up, you ungrateful brats.

So the good news for America, there isn't just a new sheriff in town but a new contagious sentiment, one that mixes no B.S. bluntness with a disgust for what went on in the past. The new boss is definitely not the old boss, and now the U.N. must deal with it, not the other way around.