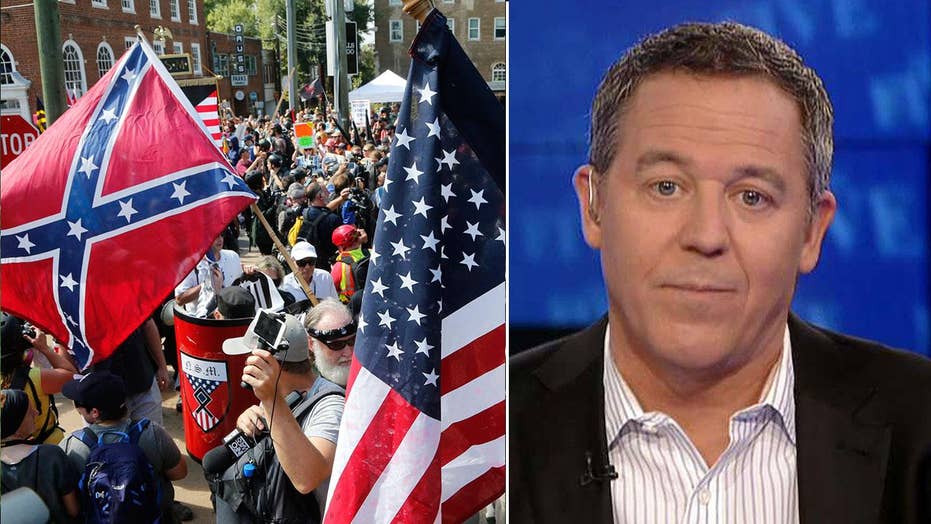 Gutfeld on media's impact on Charlottesville

Americans are capable of more than media's binary thinking

Yesterday, roughly 80 percent of the total air time of the non-cable network news was devoted to Donald Trump's presser. Here's more from today:

LESTER HOLT, NBC NEWS: There's been no mad rush to the microphones today by surrogates to try and defend President Trump as we've seen after past eyebrow-raising moments.

ANTHONY MASON, CBS NEWS: As a rule, former presidents don't criticize their successors. But after the violence in Charlottesville and President Trump's defense of far-right protesters, former Presidents George and George W. Bush put out a joint statement today.

Now, I get it: This is a red meat that drives the story line of a racist president, a racist president we all helped elect, all the networks were there. It's weird, as the media pines for unity, they foment friction. Go outside for a minute though and everything seems fine but turn on the TV, race war is coming. By attributing the acts of ghoulish racists to a party or large swaths of America, they steer us away from civility on toward fury.

The media has different rules depending on the guy. I remember one network linking the shooting of Stevens Scalise to his voting record. How is that not condemning both sides? And if you point out the past violence of antifa, of course, that now means you endorse Nazis. I don't know how you get there.

Anyway, Americans can handle far more than the media's binary thinking. We know ugliness when we see it and that tribalism leads to harm. By removing the communicative step between emotion and violence, we're left with fringe maniacs and bike helmets.

My dream: That the media steps out of its team sport thinking and examine how they increase division. Whether it's white nationalists, black power groups, anarchist, antifa or Aryan nations -- the appeal of superiority through identity, that's the disease. By linking toxic tribes to large parties, all the media does is help it spread. Instead, let's isolate and quarantine it.