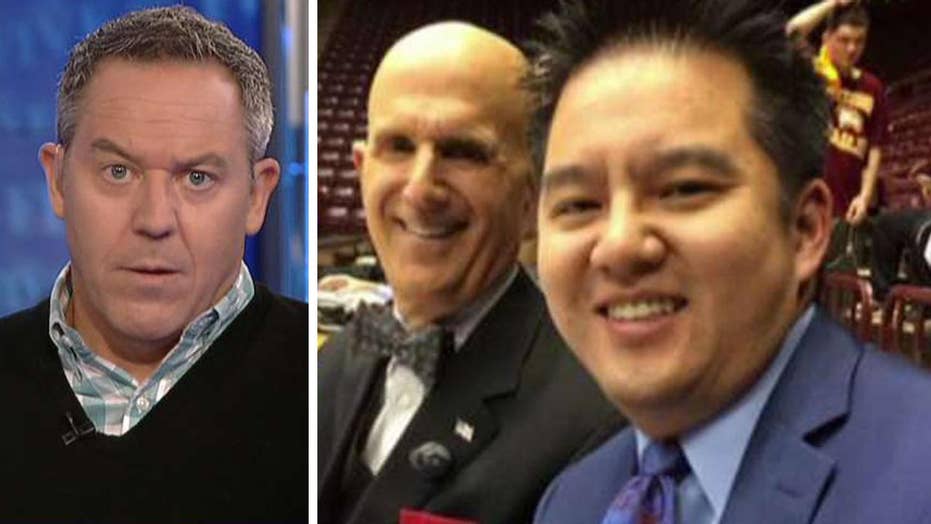 Gutfeld on how the ESPN story proved Trump right

We learned one thing last night: The media is the disease and Donald Trump is the cure.

PRESIDENT DONALD TRUMP: I mean, truly dishonest people in the media and the fake media. They make up stories.

I'm really doing this to show you how damn dishonest these people are.

Well, I mean, CNN is really bad. But ABC this morning -- I don't want it much but I am watching in the morning. And to have little George Stephanopoulos talking to Nikki Haley, right? Little George.

It's time to expose the crooked media deceptions and to challenge the media for their role in fomenting division.

And yes, by the way, they are trying to take away our history and our heritage.

These are sick people.

"Little George." It got better: Trump taped an infomercial for FNC, knowing that it is airing on CNN.

Someday they might not treat me fairly and I will tell you about it. Okay? But they've treated me fairly. And I don't mean all good, I got plenty of bad on Fox too. But at least it's within reason. And "Hannity," how good is "Hannity"?

You've got to admit that is awesome trolling. Plugging FNC on CNN? That is like ordering a Coke at the Pepsi factory.

By now we know Trump's spiel: The media makes a big deal out of nothing. It craps a redwood from an acorn. But just before his rally, ESPN proved him right. They fooled a reporter from the UVA game because his name was Robert Lee. Yes. It sounded too close to Sara Lee and their pound cake goes straight your hips. Actually, they were worried his name might cause teasing because of the fuss over statues. How sad: Protecting a grown man from jokes. Is ESPN still a sports network? What is the sport, patty cake? Talk about hysteria. And it supports Trump's media analysis: When you react preemptively over a cowardly fear of something that doesn't exist, you are broken.

And the media thinks Trump is unstable? ESPN is trapped in a mirage were all things are viewed irrationally because the poor saps are held hostage to fear. Note: They are not literally held hostage, just a figure of speech.

So, what's next, ESPN? Ban words like monumental or statuesque? What about players name Jefferson or Davis? But really, the story is a healthy sign: Once exposed, everyone did laugh at it. But it leads me to one question: Does ESPN still cover sports or just their asses?