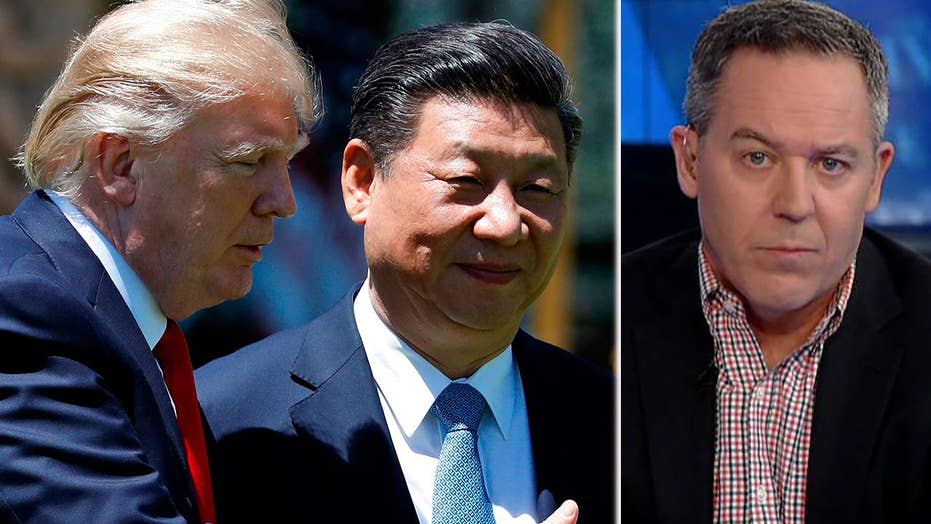 Gutfeld on China coming to the table

While the media hopes to unseat a president they despise, here's what's actually happening around the world: Chinese President Xi Jinping just announced his country would significantly lower tariffs on vehicle imports. Now maybe he's responding to President Trump's complaints over unfair trade practices. It's a signal toward a compromise after Trump made a huge stink about it.

So what's next after this huge stink? A sigh of relief, which sounds familiar. It was only months ago that the media claimed nuclear war with North Korea was certain. But then that chaos gave way to calm.

And remember all the noise before the tax cuts? It evaporated as bonuses flowed.

People screamed about the apocalypse after we ditched the Paris Accords. Where did all that fear go?

So are you sensing a pattern? Trump kicks up the conflict to set a table for negotiation and what you end up with is progress. It's very old school. So old, in fact, reporters under 40 don't know what it is.

Where's the "paralysis of analysis" that we're so used to? China reducing tariffs. North Korea talking about denuclearization. ISIS gone -- for now, I hope forever. What does this tell us?

After eight years of the floundering, inept new school, it's an old-school dude in his 70s getting crap done. And if you don't get it, maybe it's because you've never seen it before in your adult lifetime. Enjoy it while it lasts.