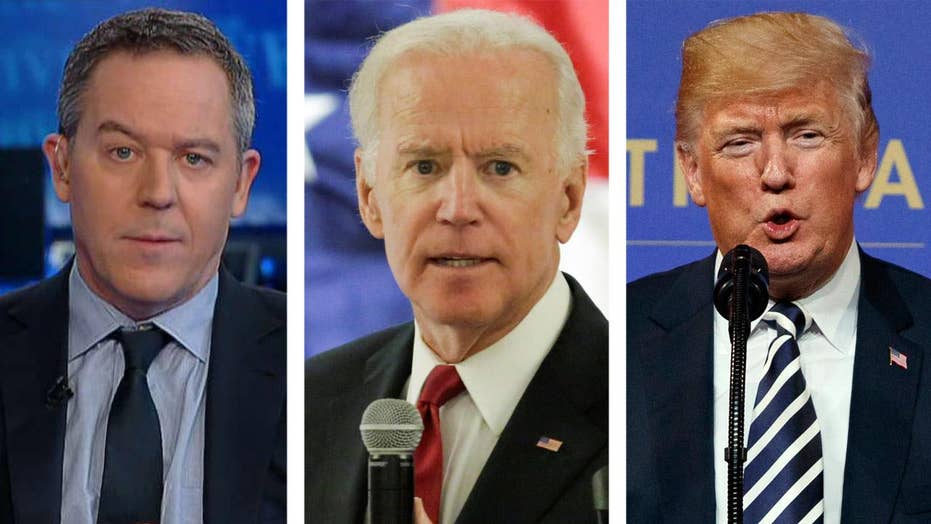 Well, someone is spoiling for a fight:

FORMER VICE PRESIDENT JOE BIDEN: When a guy who ended up becoming our national leader says 'I can grab a woman anywhere and she likes it,' and then said I made a -- I didn't make a mistake, but they asked me would I like to debate this gentleman, I said no. I said if we were in high school, I'd take him behind the gym and beat the hell out of him.

That's convenient: a challenge that needs a time machine. I'd kick your butt, if I were in high school. Of course, Trump hits back saying Joe would go down fast, crying. Now, Biden was speaking at a college rally against sexual assault. His message: To urge responsibility for both men and women. But no one cares now because we've got a fight on our hand. Welcome to high school where the big men on campus taunt each other and everyone gathers around to watch. Mind you, the combined age of the combatants is like 150 years. If there's going to be a tussle, you're going to need pallet of Fixodent.

But it's so juvenile. And if I recall, it's always the people who boast of their physical prowess who are the least harmful. I'm pretty sure the last fight Biden was in was over a window seat in first class.

Anyway, it was only a week ago that Dems were fretting over whether they had a fighter among them to match Trump. Jolting Joe headed the call. The problem is it's the least appealing part of Trump's behavior that his lifting and it's so fake. Plus, there's a lot of other good stuff you could steal from Trump: the fun rallies, support for law and order, the strong stance against terror. But to focus on the one thing that most people, including Trump supporters, only really tolerate because of the other good stuff Trump possesses, that's a miscalculation. And it's one Republicans love to see because most people are really bad at being Trump -- except Trump.