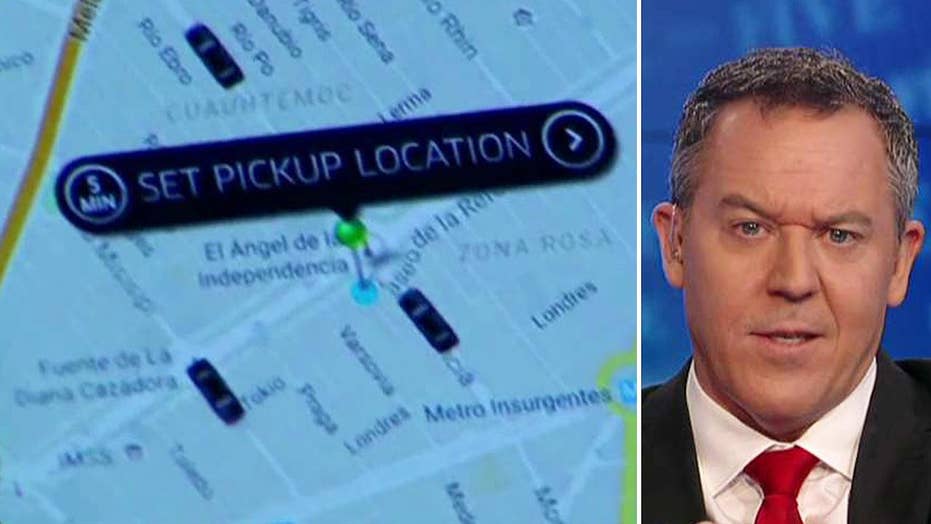 Gutfeld on a socialist's hypocrisy on Uber

Alexandria Ocasio-Cortez blasts Uber as her campaign spends at least $4K on rides.

Here's a joke by economist Mark Perry: What did socialists use before candles?

Recently, celebrity socialist Alexandria Ocasio-Cortez criticized ridesharing apps Uber and Lyft for creating financial hardship on cabdrivers. It's not untrue -- these new services have eased the grip cab companies have on cities bringing competition to a brutal monopoly that never saw it coming.

The upside for the consumer? More choices, better services and more flexible jobs for people who can either choose to drive full or part-time. It's turned thousands of folks into small businessmen. For the first time in years, you can actually call for a ride in New York City.

But the downside? Cab drivers are indeed suffering.

But I take this young socialist more seriously if her campaign hadn't spent four grand on Uber over two months or 2,500 bucks on Juno, another car service.

It's the eternal hypocrisy of all socialists. Whenever they end up condemning ultimately is something they need, because socialism doesn't create anything you can use. And when they do try to create something, it always makes things worse. What socialists could do to New York is what they've already done to Venezuela, Nicaragua and Cuba.

So you begin with electricity and trade it in for a candle. That was the joke.

They're like celebrity vegans who eat cheeseburgers in the dark, blissful that no one knows their hypocrisy as grease dribbles down their chin. Like Al Gore flying off to some green conference on a private jet. Or people Urbering to their next event while defending yellow cabs.

Except here we see the lie, which is why after a hundred years of soul and bone crushing socialism, smart people refuse to be taken for a ride.