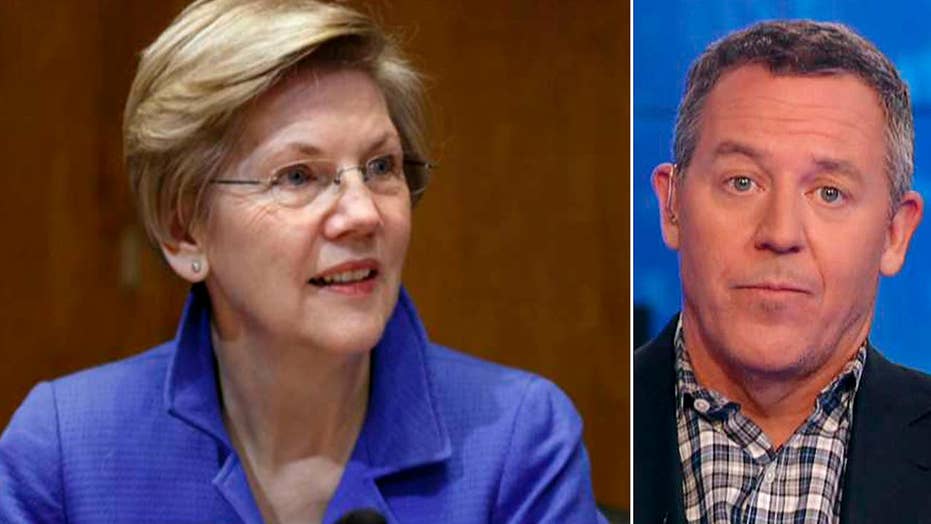 A new poll shows that three out of four Democrats believe it's time for a fresh face to lead the party.

Well, stock up on the noisemakers, silly hats and Xanax: The 2020 election is only 838 days away.

A new poll shows that 3 out of 4 Democrats believe it's time for a fresh face. Can you blame them? Check out their ghosts of candidates past: Biden, Hillary, Bernie -- a cross between "The Three Stooges" and "Cocoon." The only way to get out that vote is to deliver walkers door to door while yelling fire.

Biden, he thinks Amtrak is a success. It loses a billion a year. Hillary, everyone loves a rematch, but everyone also loves a winner -- the only thing she's won is ridicule. It's less a rematch and more of remake of "Bride of Chucky." And Bernie, a relic pushing another relic called socialism. He's likable but his beliefs are toxic. He's like those delicious berries you pick that poison your whole tribe. And we can't forget Liz, can we? But as someone who is 2 percent Native American, I have reservations. I can say that. I'm Native American, part of me. Not sure what part though.

So, Dems want somebody new, somebody different. Where could they have learned this?

Yes, from the guy they hate so much, that's the hypocrisy. The people who despise Trump are now looking for their own Trump, meaning a punk rock outsider who rejects the establishment and wins. Why? Perhaps we've figured out that the worst things about politics are politicians. And if we learned anything from 2016, it's that nothing will ever be the same. You can't go home again. And if you're a Democrat, that includes retirement homes.

So, yes, they need a new face, especially one that knows the issues. My choice?

UNINDENTIFIED FEMALE: You use the term the occupation of Palestine, what do you mean by that?

CORTEZ: Oh, I think what I meant is like the settlements.

I am not the expert on geopolitics on this issue.

Trust me, Democrats. Pick her. You will win in a landslide.