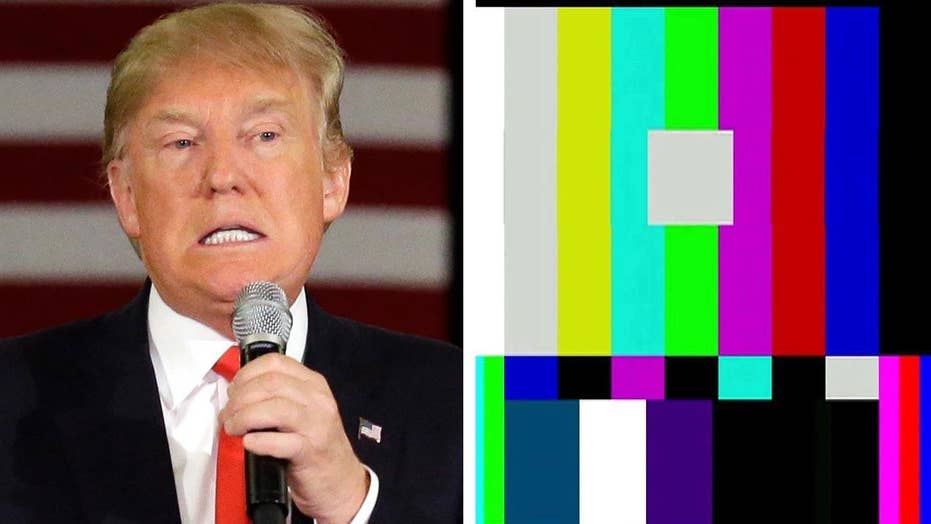 Oops, he didn't give one, releasing instead a weird, angry statement

SEN. TED CRUZ, REPUBLICAN PRESIDENTIAL CANDIDATE: Tonight is a turning point. It is a rallying cry. It is a call from the hard working men and women of Wisconsin to the people of America.... Of the 17 candidates who started this race, a terrific talented dynamic field, five have now endorsed this campaign.... We've got the full spectrum of the Republican Party coming together and uniting behind this campaign.

So how did Trump lose this bad? The same reason he's been doing so good. It took someone as bullheaded as Trump to smash the PC culture, make valid points and reach millions. But it is the same bullheadedness that is resisting a change in the course -- in course. Trump has earned the loyalty of many, but he's squandering it, making them think they might remove that tattoo before the ink dries. He keeps making supporters scramble, explain and backtrack. Again, has there ever been a candidate who needs so many volunteer spokesmen? And as brilliant a marketer he is, he really misread how to scale his product beyond a narrow target market. Ignoring the guardrails of criticism, he's surrounded by those who only nod. Too many yes-men ends in a sound no from everyone else.

Let's go to his concession speech. Oops, he didn't give one. Rather than say something humble, gracious and funny, he released a weird, angry statement. His message, nothing is ever his fault and he calls Cruz a Trojan horse. But a Trojan horse is someone who acts one way to get in and then acts another way after. Like telling people you'll deport millions, and then winking at the press. His reactions are impulsive and it foretold what would happen when the race narrowed, it gets old.

But Wisconsin isn't the end and it could be a new beginning for Trump. Right now, old Trump can't win the general, but maybe new Trump can. He'll need help and not from the usual suspects.