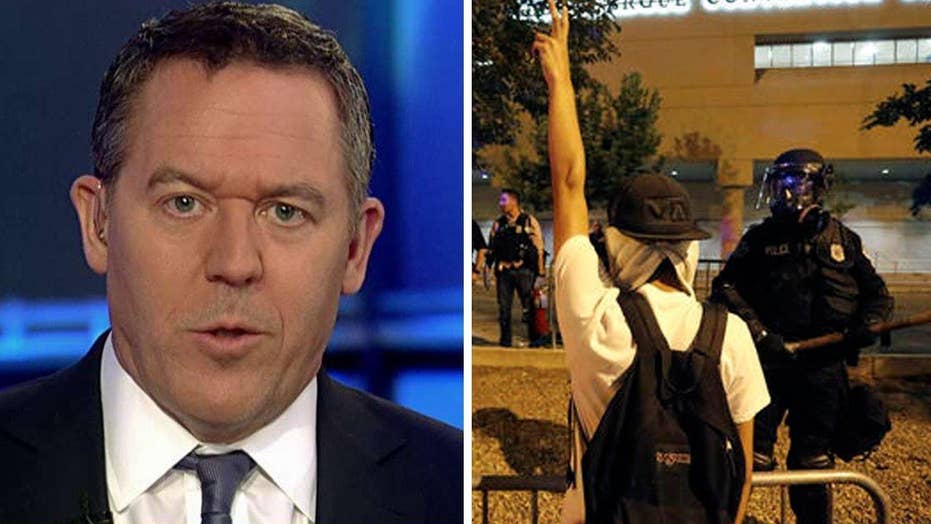 Gutfeld: Lessons from the loserpalooza in Albuquerque

So here's what we learned from the "loserpalooza" in Albuquerque last night:

No protester could explain why they were there beyond employing a combination of F-words and gesticulating fingers; not a complete sentence among the cretins. Oddly, their printed signs were articulate, but they weren't. That's what we call a clue: Someone sponsored this action. They also looked out of shape, clearly not living in a competitive environment, unless it's a contest in grievances. I wonder if they get paid for that by the hour.

Now many carried flags from another country. So who does that help, really? Does it rhyme with "Trump"? Maybe he's paying them. Hmm. But it's a reminder that while candidates talk about the housing bubble, it's the identity bubble that the left created and inflated and is about to burst.

The restraint of the police reflects present-day reality. Hampered by negative media scrutiny called the Ferguson effect, it recasts their job, protecting society as evidence of bigotry. I can't say I blame them for holding back.

And speaking of the media, if we aren't careful, we may incentivize more thuggery, through the use of our roving, thirsty magnifying glass. But that's the media's job, you can't tell them not to cover a riot. Just remember, as you do your job, though, don't jump on the cops for doing theirs, especially when it gets ugly, and you know it will.