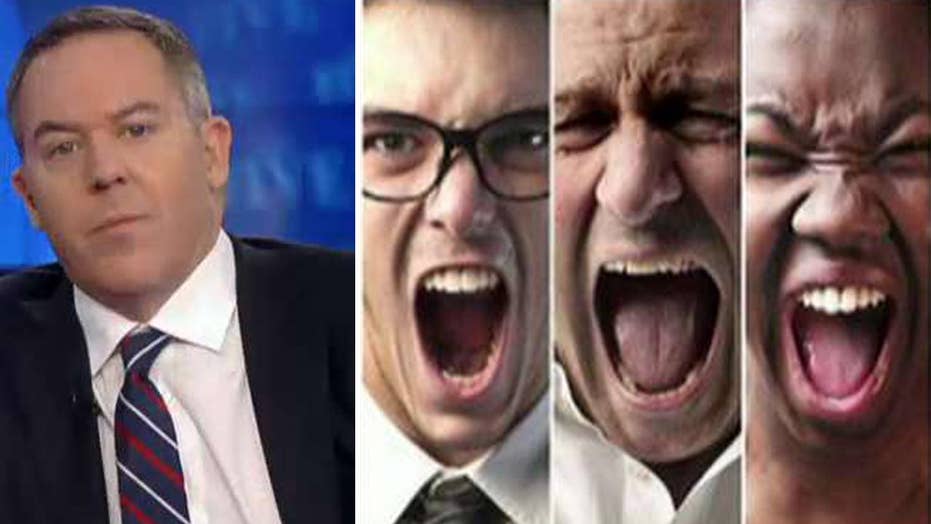 Gutfeld: Lefties plan to scream helplessly at the sky

The November 8th event is both sad and fantastic, for with their screams they admit the roots behind their rage: pure emotion no longer tethered to rational thought.

The November 8 event, which some 4,000 Facebook users have already RSVP'd, might be the most energy they expend that day. So good for them. The event will be held at nine locations as a reminder that they aren't alone in their year-long rage bender.

While accomplishing nothing, hopefully this comical eruption of pathetic desperation will make them feel better. Everyone could use a good cry now and then.

And I salute them, for with their screams, they admit the roots behind their rage: pure emotion no longer tethered to rational thought. This action reflects the broken, fragile psyche of the modern adult toddler, appearing physically fully grown but emotionally stunted.

I also wish to thank them for congregating in specific places that will leave the other parks, streets and shops free for one afternoon from their repetitive moaning. Although I might stop by just to serve them some free refreshments. If I remember correctly, Gerber's makes a great sweet potato puree.