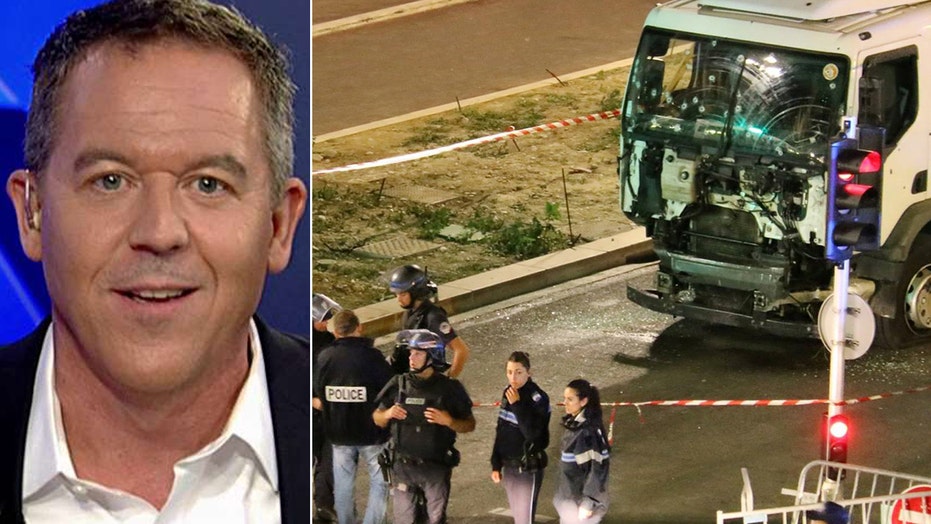 Gutfeld: I'm tired of hearing that 'we're better than that'

For once, let's be worse

After each terror attack, the Western instinct is to always stress restraint. Be careful. Don't act rash. And as for retaliating, we're often told, "Hey, we're better than that." So how's that working out? For once, let's be worse.

For every time I hear that our leaders have been briefed, you know it's about what not to say, not about what we should do, which is why we move slower than a James Taylor song.

This inaction normalizes terror. It means we're stuck with Islamism forever. Our shrug is their drug.

Some headlines said that a truck -- a truck -- attacked the event. No. There was someone driving that truck, and what was driving that someone was Islamism. If only we treated terror like something the media finds truly hateful, like smoking or drunk driving. Would our leaders take Islamism seriously if they killed for fossil fuels?

Instead, our leaders hide the facts. Apparently -- this is amazing -- the French government hid news of gruesome torture of the Bataclan victims. If I gave you the details, you'd pass out. But why hide deeds that should shock the world? We don't do that with other brutality. Every time you hide the truth, evil wins.

So this isn't about the easy availability of trucks. It's about our failure to fight evil. Ambivalence, masked by online sorrow, now replaces real action. Expressing solidarity on Twitter feels good, but the war will be won on the battlefield, not online. It's time for solidarity.