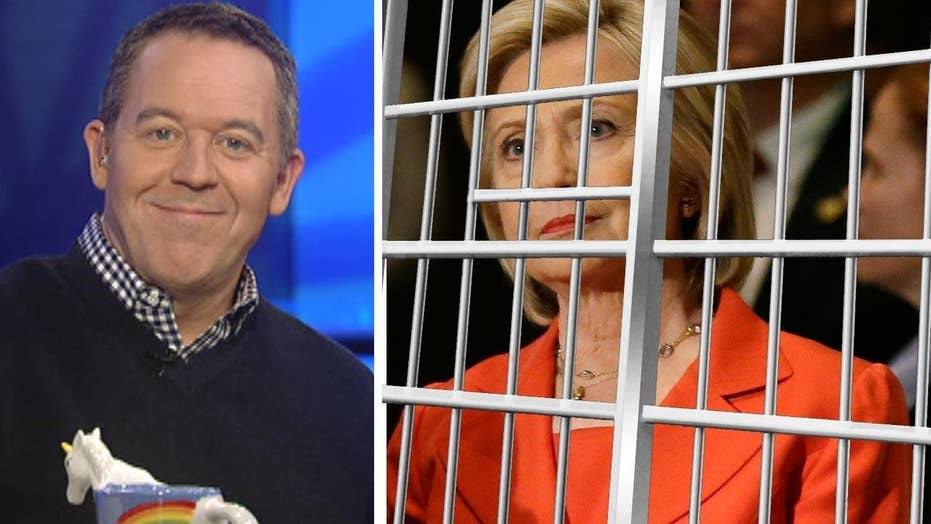 Gutfeld: If you were Hillary, you'd already be in jail

But according to the media, Clinton's too big to fail

It was an announcement so big, every network led with it. Yes, Sarah Palin's secret e-mail server contained more high classified info than previously thought. Sorry, did I say Sarah Palin? I meant Hillary Clinton. But maybe if it were Sarah, everybody would have led with it.

FNC got a looked at a letter from the inspector general that says dozens of e-mails contained classified info, ranging from confidential to top secret from, quote, "special access programs" unquote, Dana. In sum, Hillary broke at least two federal laws: The illegal storage of classified info; the illegal transmission of classified info, which regarding national defense through unapproved channels happens to be a felony.

It's in collapse. But is anyone watching? So far, the media is doing two things. It's pushing the notion that it's rude to even consider that Hillary committed a crime because she's just too big to fail. Which means, if it were you, you would already be in jail fashioning clever shanks out of toothbrushes.

But let's also admit that whenever Hillary makes news, we get lost in the riot on the right. Hence, Palin's endorsement trumped Hillary's law-breaking.

Here's an idea: Indict her, arrest her, then pardon her, then excuse her. It's time. I mean, what's worse, Hillary's treatment of e-mails or Bill's treatment of females? Hillary dismissed both and allowed for abuse of both while lying and denying afterward. E-mails and females. One served Hill, the other served Bill. Shouldn't that be the news or is it a snooze? It's something to ponder before swearing in President Clinton.