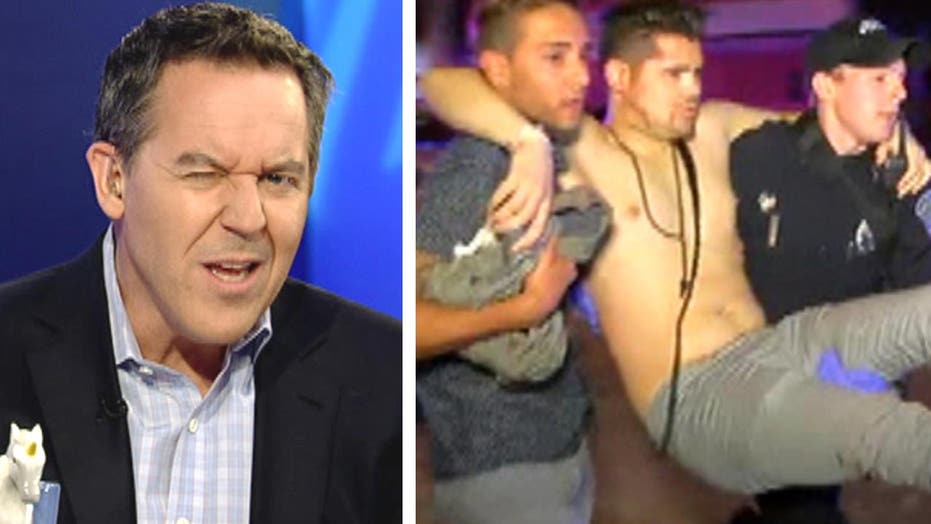 Gutfeld: If this is progress in the war on terror...

A rescued hostage at the Holey Artisan Bakery said those who he could recite a verse from the Koran were spared, the others, tortured and killed. This amidst other grim events: in Istanbul; the Tel Aviv attack where maniacs planned to dip their knives in rat poison. Suicide bombers hit three Saudi cities; a grenade attack in Malaysia. The worst, in Baghdad: 200 were killed when a truck packed with explosives blew up in a shopping hub where victims were celebrating. That's more than Paris and Orlando combined, all during Ramadan.

But by the numbers, Muslim victims outnumber non-Muslims. So if Islamists kill more Muslims than anyone, why accuse Americans of Islamophobia? Isn't it the Islamists who are Islamophobic?

I say this as people criticize our outrage for mentioning Islam with terror. But how can our outrage offend them when we are outraged for them. But as this holy period ends -- thank Allah -- no doubt, Islamists will find other reasons to kill Muslims. Homosexuality, learning to drive, blasphemy -- the Sharia don't like it, mocking the old law.

Terror cells are now in Europe and at least 17 ISIS militants have infiltrated there, disguised as refugees. Yet, our State Department claims the recent attacks, they're signs of desperation:

ANTONY BLINKEN, DEPUTY SECRETARY OF STATE: We're seeing, I think, is ISIS actually lashing out, because against every way we measure this -- the territory they control, the number of foreign fighters and fighters overall, the money, the propaganda -- they are down against every single measure. And unfortunately, one of the things that they do in response is to lash out with these indiscriminate terrorist attacks. In a strange way, this is a measure of the success we're having in taking their territory away from them, taking the foreign fighters away, taking the resources away.

Call that whistling in the dark: Seeing the widening scope of terrorism and the self-activation of sleeper cells as some sort of success. If that's progress in the war against terror, imagine what failure would be.