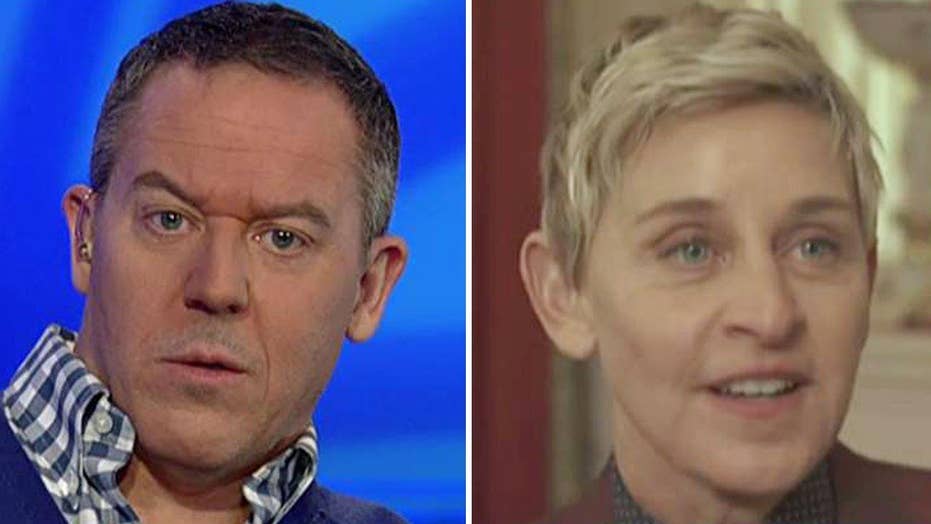 As the current president preps for his farewell speech, we know our favorite celebrities will miss him. We know because they made this delightful valentine:

JERRY SEINFELD, COMEDIAN: Knocking on the Oval Office window, I would say, that was probably the peak of my entire existence.

TOM HANKS, ACTOR: When he just changed all the rules on the table in regards to Cuba. With the most succinct motivation imaginable which is what we've been doing hasn't worked, which made all the sense in the world.

LEONARDO DICAPRIO, ACTOR: When I was at the U.N. and I, you know, I heard our president say climate change is the most important issue facing not only this generation but all future generations. It was inspiring.

ELLEN DEGENERES, TALK SHOW HOST: Dancing with Barack at his birthday party. And he's a good dancer, you know. He should not get any flack for that. You're a good dancer.

She's right. He could cut a rug. Look at Syria, Iran, ISIS. I'd say his best move was the chicken dance. And Obamacare? A hustle. Don't worry sad stars. Obama isn't really going away though. He can always keep playing a president on TV. He'd probably do a great job or at least do less damage.

So, Hollywood will miss Obama but what will Obama miss? Donald Trump, ISIS, American decent. It's hard to miss something you didn't see coming or going in the first place. The rise of ISIS, the pernicious spread of Islamism flourished under the president. These are the things that he overlooked.

Trump represented a movement of dissatisfaction, the dissent, unhappiness, division cultivated by years of identity politics and the bullying of arrogant, insufferable, intolerant social justice warriors who used the last two terms to punish anyone who reminded them of daddy.

After so many accusations of sexism, homophobia, racism, Islamophobia, police brutality, half of America -- the half accused of everything -- threw up their hands and said enough. Why are we viewed as worse than terrorists?