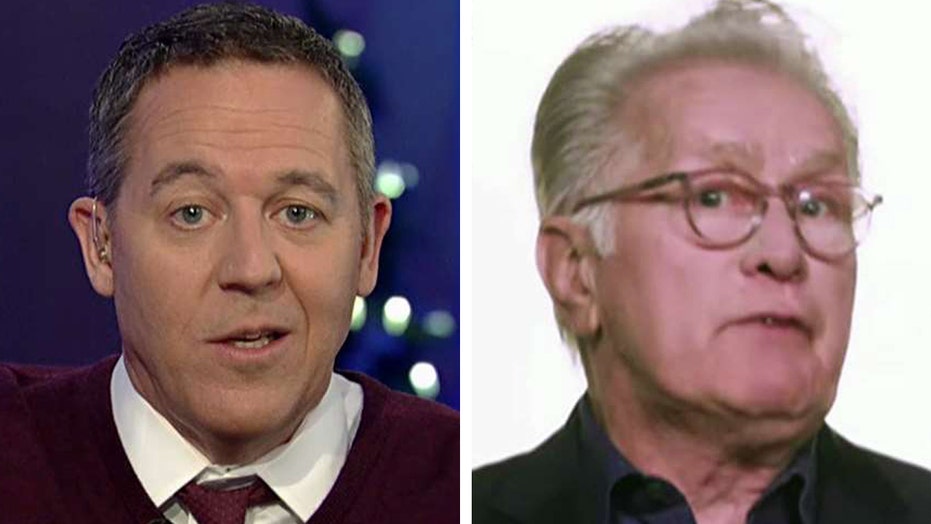 Gutfeld: Hollywood, it's time to move on

Last week, we told about you some has-been celebs who released a video imploring GOP electors not to vote for Donald Trump. It was about as persuasive as an infomercial selling Shake Weights.

But now, these celebrities are targeting one elector, Ashley McMillan, the vice chair of the Kansas Republican Party:

Bob Odenkirk, ACTOR: Hello, Ashley McMillan. This message is for you.

MARTIN SHEEN, ACTOR: As you know, Mr. McMillan, our Founding Fathers built the Electoral College to safeguard the American people from the dangers of a demagogue and to ensure that the presidency only goes to someone who is to an eminent degree endowed with the requisite qualifications.

See what he did there? He called Ashley a man. The only problem, she's not. What do you expect from sexist Hollywood who can't see women in positions of power? He just assumed if it's a vice chair, got to be male. Hollywood, where once a woman hits 34, she's stuck playing the crazy spinster neighbor while casting agents try to bed new talent only born after 1995.

Forgive Martin if he thought Ashley was a dude. At her age, she might as well be. But these stars are anti-influencers: when they tell you something, you got to do the opposite. Getting political advice from them is like getting dating tips from ISIS.

And don't they remember how those celebrity videos before the election accelerated Hillary's defeat? They're Ex-Lax that finally cleared our political system of Clinton constipation.

So you think after that maybe after that humiliation, Hollywood would take a moment to self-reflect between indulging their outsized egos and gaping insecurities? Hell no, they're like a guy who has been dumped but refuses to believe it, so they are lurking outside your apartment hoping to change your mind.

Hollywood, it's time to move on. There are other fishes in the sea, probably in Canada.