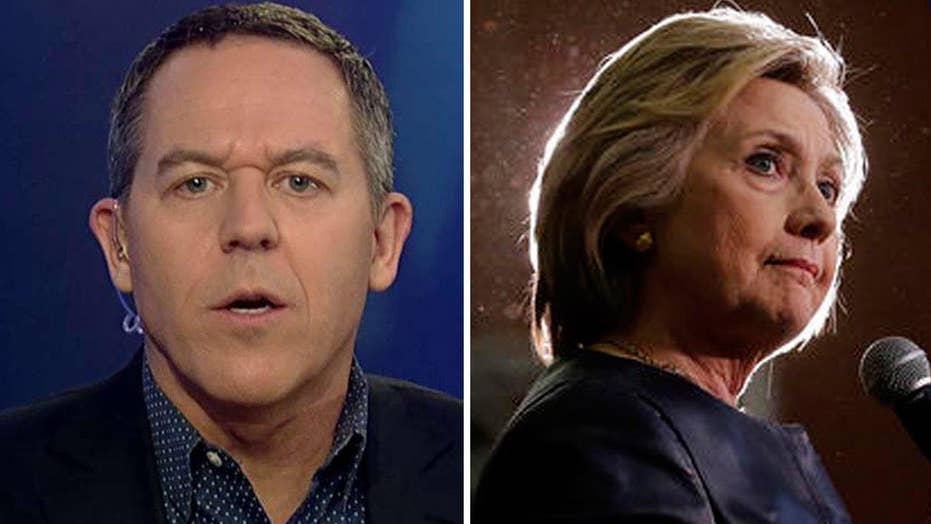 So, who should run the economy when you've got a woman president? Her husband, of course:

HILLARY CLINTON, PRESIDENTIAL CANDIDATE: My husband, who I'm going to put in charge of revitalizing the economy, because you know, he knows how to do it. And --

CLINTON: Especially in places like coal country and inner cities, and other parts of our country that have really been left out.

GUTFELD: So relieved. Yes, Hillary says if you elect her, a female, you get a male to handle the economy. Which I guess gives Hillary more time to stay home and bake cookies.

CLINTON: I suppose I could have stayed home and baked cookies and had tea.

GUTFELD: It's weird campaigning as the first woman then selling the man. Imagine voting for President Obama because he's the first black president and instead you get Ted Nugent. Bill doesn't mind, of course he loves the work and he knows women and their checkbooks. The only thing they can balance are plates when clearing the dinner table, am I right, Bill? That's the sexist commentary Hillary's promise invites. And it's disgusting Dana.

Here we are on the verge of a historical moment, the first female president and she is saying, don't fret America; my hubby is going to handle the hard stuff. Because all those numbers are so confusing, math is so hard; dividends, remainders -- I just round up.

Isn't it strange? Gender has been the crux of her sales pitch all this time, until now when her campaign is struggling. Suddenly competence, which breeds peace of mind, matters. The lesson Hillary seems to be imparting: Vote for me, but you get the dude instead. In business terms, that's called a bait and switch, one that most Americans frankly wouldn't mind.