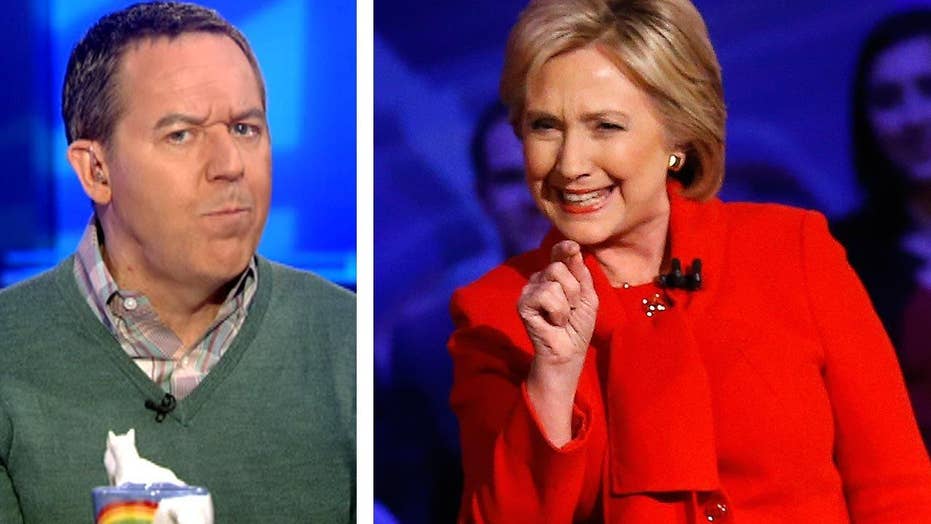 Sorry, Benghazi victims; the Democratic presidential frontrunner has moved on

Last night on something called CNN, they held a special episode of "Survivor for Socialists" where Hillary was asked about her e-mail. I bet she's not saying it was an error in judgment because nothing she did was wrong. It was not in any way prohibited.

HILLARY CLINTON, DEMOCRATIC PRESIDENTIAL CANDIDATE: I'm not willing to say it was an error in judgment, because what -- nothing that did I was wrong. It was not, it was not in any way prohibited.

Hmm. Yeah, cut and pasting classified info into unclassified arenas is totally legit, according to no one with a license to practice law.

And I wonder if she said Benghazi is only still an issue because the Republicans want to keep it an issue. They know it. I know it.

CLINTON: This is only still an issue because the Republicans want to keep it an issue. They know it. I know it.

It's already been eight investigations, most of them by Republicans in the Congress. The House Intelligence Committee, the House Armed Services Committee, and what did they conclude? That there were problems that night, but they were ones that we should look at, not from the perspective of placing blame or pointing fingers, but...

You can't point fingers. But look, she's not wrong. The Republicans are making it an issue because it is supposed to be an issue. She falsely pushed the video and lied to the grieving families. And now she wants everyone to move on. That's the cry of a criminal or spouse caught in the act. But complaining that the Republicans want to keep the story of Benghazi alive, that's pathetic. Would she complain if it wasn't Benghazi, but the story was about Sandy Hook or Charleston? She's complaining about people doing the right thing. Who cares if it's political? Shut up. And what exactly should we focus instead? Her good points, i.e., her treatment of Bill's women, her casual disdain for national security, her wonderful laugh?

But any criticism can be recast as an attack on her. She's the victim, a woman, no less, which affords her immunity. So say feminists denying their own hypocrisy. Sure, the Benghazi dead spent 13 hours in hell, but she was questioned almost as long.

GEORGE STEPHANOPOULOS, ABC NEWS: Did you tell them it was about the film? And what's your response?

CLINTON: No. You know, look, I understand the continuing grief at the loss that parents experienced with the loss of these four brave Americans. And I did testify, as you know, for 11 hours. And I answered all of these questions. Now, I can't -- I can't help if the people think there has to be something else there.

So sorry, Benghazi dead. Your story is over. And why? Because Hillary has moved on to bigger and better things. And you're not included.