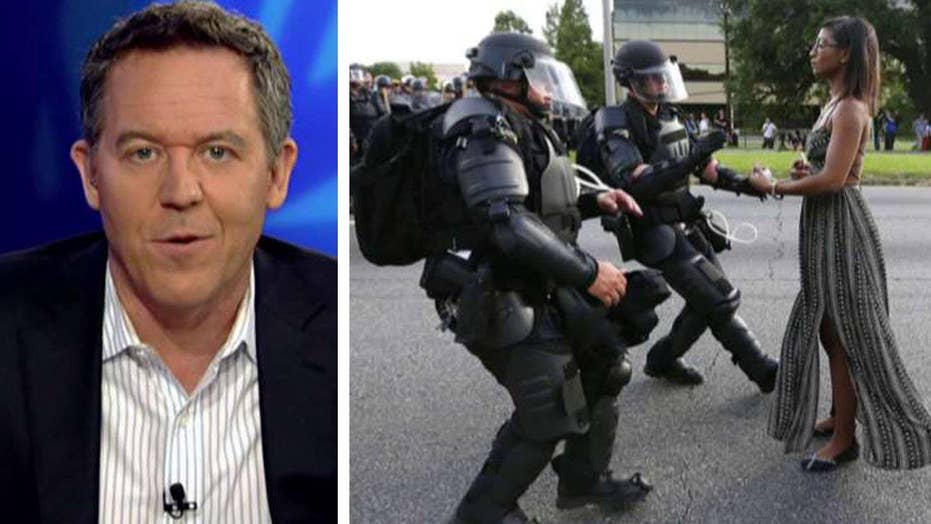 Even after five good men are murdered, the stereotype must be maintained

So the Sunday New York Times just whined how sniper fire halted the strides of Black Lives Matter. Sorry, it halted the strides of five policemen permanently. The paper also added that BLM, not the police or our country, faces its biggest crisis yet. That's their default response: Grievance always trumps grieving.

It must have been hard then for the paper to report on a new study that finds absolutely no racial bias in police shootings, which undermines the whole narrative. But facts lose to feelings, for identity politics always culminate in emotional tribalism because such division always guarantees attention.

But The Times shouldn't fret. The victories of victimhood remain intact. Here, the media slobbers over this photo. How powerful. A lone woman stands against the evil militarized police. So, even after five good men are murdered, the stereotype must be maintained: The brutal force against the bravely peaceful. How touching. How fake.

Seriously, what happened to the rage? When the issue was police brutality, it was no justice, no peace. Now the issue's murdered police and it's let's sing Kumbaya. No thanks.

In 1989 Ice Cube's band N.W.A did a song called "F the Police." Recently, he got paid millions to play a police officer in the movie "Ride Along." In 1992, Ice-T's band Body Count did a song called "Cop Killer." He's been playing a cop on "Law and Order" for 16 years. So maybe targeting and trashing the police, truly, is a movement, career wise anyway?