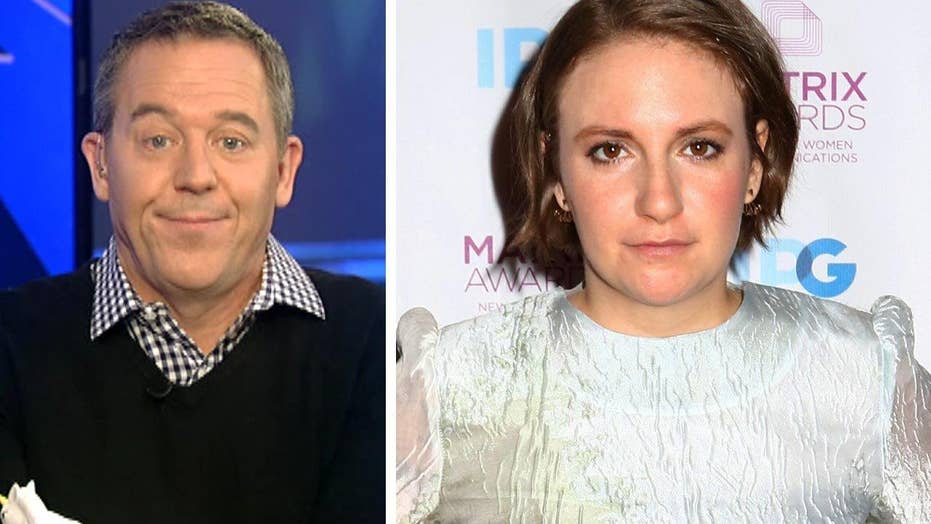 Gutfeld: Fleeing to Canada? Who's the real bigot, Lena?

Actress promises to leave the U.S. if Donald Trump wins

Lena Dunham became the latest lefty lass who threatened to move to Canada if Trump wins the White House.

If you don't know who she is, I envy you. The recipient of entertainment welfare, Dunham got famous mining a self-indulgent mountain of feminist naval-gazing crap. Her favorite topic is herself and being a cookie-cutter leftist, she's as daring as flatulence.

Dunham is one of many celebrities threatening to move to Canada over this election. Maybe that country should build a wall.

Now, I'm assuming Dunham wants to leave because she feels Trump is a bigot over the stuff he said about Mexicans. But could it be that she's the real bigot? If offended by Trump, why didn't Dunham say she was moving to Mexico? Why did she pick the white north over the darker-skinned south? Talk about micro-aggression. I guess our Mexican friends are not worthy of her lily-white coddled presence. Well, unless they're delivering food to her doorstep.

But also her threat to move just shows how lazy entertainers become when nothing is expected of them. Dunham has coasted on these same banalities because they're the same banalities the media shares. The candidate threat reveals how vapid hokum passes for edgy intellectualism, the kind that gets
you into the clubhouse of the mediocre hipster.

Poor Canada. Sending them Lena Dunham? That's like a missile strike. Then again, they did send us Justin Bieber.