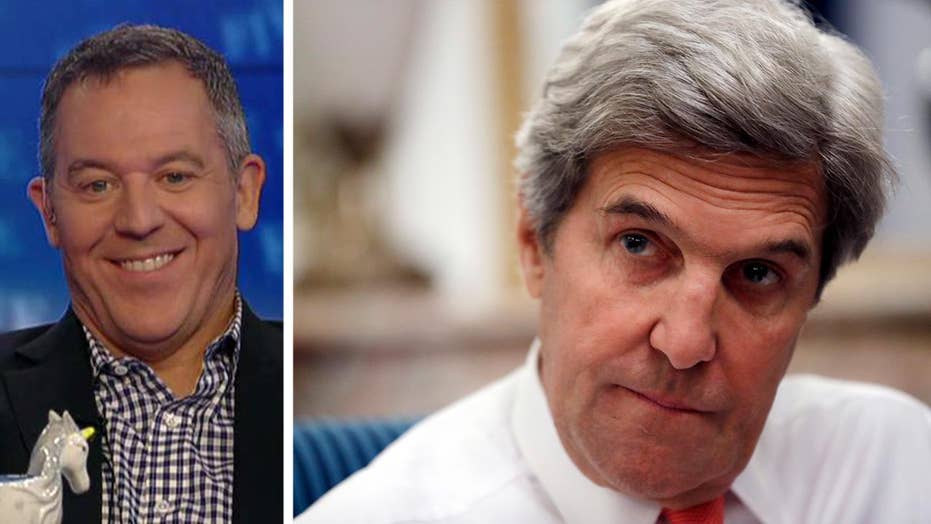 Former Secretary of State John Kerry's secret meetings with a regime that is openly hostile to the American people sure seem a little like collusion?

Like an empty plastic cola bottle trapped in driftwood floating to the shore, John Kerry is back:

How can he move his face? Now, he's got a new book out, and it's really a true reflection of Kerry. The book is awful, and it, too, is made from wood.

But there is some news in there. Apparently, while the Trump administration was busy with their foreign policy, Kerry was busy with his own.

DANA PERINO, HOST OF 'THE DAILY BRIEFING': There are people in the intelligence community who say that you've been telling the Iranians to wait out President Trump and the administration and to wait until there's a Democratic president in 2021. Is that accurate?

KERRY: Well, I think everybody in the world is sitting around talking about waiting out President Trump.

See, that's what happens when an anchor actually reads the book!

So, I'm thinking holding secret meetings with a regime that's openly hostile to the American people seems a little like, what's that word? A hobby? Backstabbing? Oh, how about collusion? Yes, for two years, we've watched the media chase a phantom in an effort to undo an election. Meanwhile, Captain Corkboard here is meeting with the enemy, giving them cryptic advice on Trump.

Now, you might think, how is this different from working with North Korea? Well, Kerry is not the secretary of state. It's not his job. And it might even be illegal to have an alternative foreign policy going on that's separate from the White House.

Even more, it's worse to have it run from this guy in his basement in his spare time. And even when he was the secretary, who could forget his crowning achievement of international diplomacy?

Yes, when Kerry had the job, that was foreign policy. Today that might be an act of war, or just the act of an 8-year-old boy with the insecurity of a teenage girl. But taller.