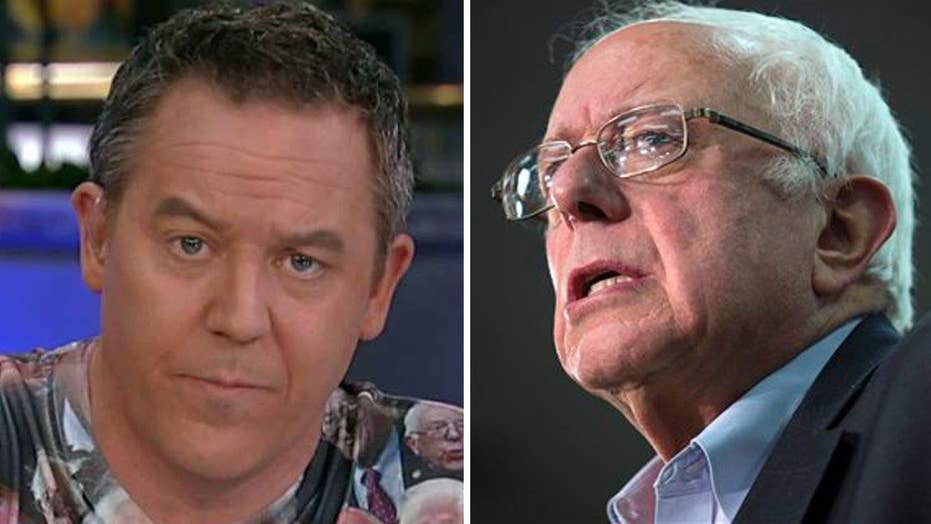 Gutfeld: Be careful what you wish for, Bernie fans

Sure, Sanders seems nice. But a vote for him is a vote for a cruel doctrine that sticks to the planet's shoe like toilet paper from the world's worst restroom

Last night a Russian man asked me how on earth Bernie Sanders -- a socialist -- could be running for president.

Here's the answer: Socialists place a blindfold on history masking its denial of progress and the mess it's made of this world. See Cuba, Argentina, Bolivia, Belize, Ecuador, El Salvador, and of course, Venezuela, a place literally full of crap since socialism made toilet paper scarce.

Socialism is a doctor who knows the cure is freedom, but suffocates the patient with a pillow anyway. Sanders says it's a revolution, a modern code for, quote, "something people don't want." So it must be forced on them. It's one step shy of radical Islam, rejecting innovation for medieval failure.

Look, it's hard enough to craft policies for the unknown, whether it's terror or war. So why are we embracing the evil of known like socialism? Thank the four horsemen from hell: government, academia, pop culture and media. They refuse to name the villain of history because they're in bed with it. A villainy that exists on the backs of the rest of us. Socialism is a maggot on the marketplace because it can't create, but only take -- through wealth confiscation made from your exhausted flesh. Socialism is theft because it cannot make money. It thwarts ingenuity because it cannot generate incentive and it kills growth because it crushes opportunity.

Sure, Sanders seems like a really nice guy. But a vote for him isn't a vote for a kind man, but a cruel doctrine that sticks to the planet's shoe like toilet paper from the world's worse restaurant.