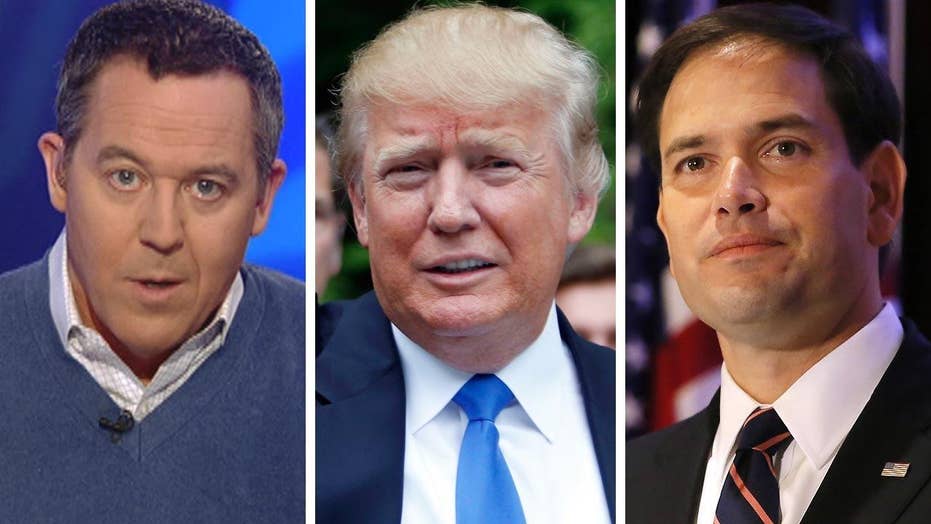 Which candidate will conservatives take to the prom?

As the Republican candidates head to Nevada, two are making their case as the alternative to Donald Trump, who's built a big orange head of steam. Cruz says he's the one, because he's more conservative:

SEN. TED CRUZ, REPUBLICAN PRESIDENTIAL CANDIDATE: There is now only one strong conservative remaining in this race who can win. And what we are seeing, our game plan from day one was, do well in the first four states and consolidate conservatives to go forward into Super Tuesday. I think we're positioned, ideally, to do exactly that.

But Ted, Trump beat you with the evangelicals. Those are your people. That's like Dana losing the dog vote. Meanwhile, Rubio is gently telling his foes: Last calls over, you don't have to go home, but you can't stay here.

SEN. MARCO RUBIO, REPUBLICAN PRESIDENTIAL CANDIDATE: I believe that the sooner we can coalesce, the better we're going to be as a party in general. I mean, and so, certainly, but I'm not here to tell him to do whatever he needs to do. It's going to happened one way or another. There's a natural process, that's going to take hold. I think the question is the timing.

He is right. It started with 17 people, many doing it for their bucket list. No wonder Trump's ahead. He stood out like a sore tan thumb. And what of Trump anyway? One camp sees him as a golden god on the road to greatness. The second sees the road to Armageddon, a scary spectacle of sentiment over substance. But they're both wrong. It's not awesome or awful, it's just unknown. And there's the rub. Conservatives, as a rule, prefer the known, hence "conservative."

Trump's the bad boy on the bike, it's a fun ride on the back, but you could crack your head open. By comparison, Rubio's the safe date to get you home by 10 o'clock. But like all bad boys, Trump attracts people into his circle because it beats being a loser. But maybe it's time he ditched the mystery for specifics. The only reason not to, is if he's got none. That's the problem with bad boys: They get by on being bad. But can that win the general election? Trump wins big with people for "telling it like it is." But Rubio wins on "electability."

As you fret over Hillary or Bernie, it pays to ask, which one matters most?