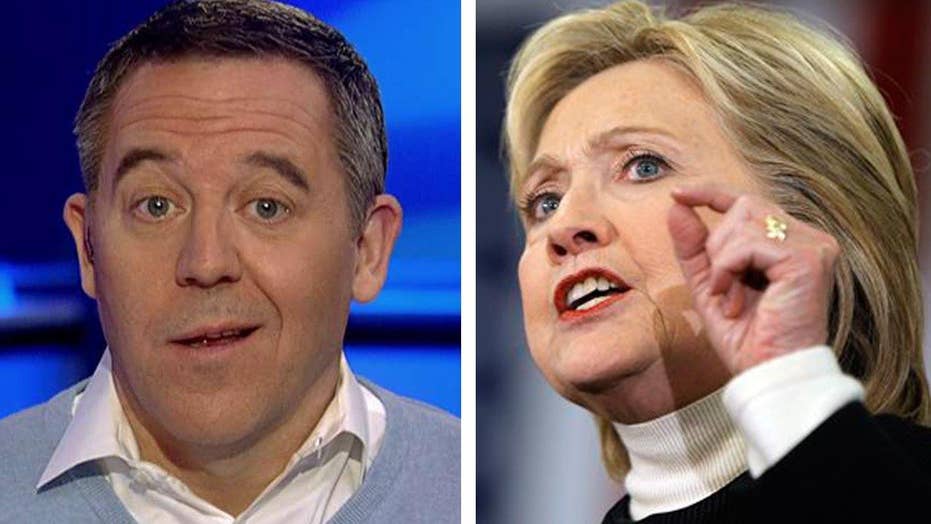 Gutfeld: As desperation sets in, Hillary turns to division

If Madeleine Albright -- or "Mad Al" as I like to call her -- is correct, then a lot of women went to hell last night, for Hillary got shellacked like a paper mache balloon. The only people she won were the old and rich, meaning people like her. Everyone else who used to like her went to Bernie or perhaps to that other Granite State of the tombstone kind. And so like a desperate Dem, she turned to her favorite kind of math: division. She is delightfully balkanizes the country's population into warring factions. And then says she'll unite them again ignoring the fact that one need not unite if you don't divide in the first place. But it's too late for logic. Division is the chosen calculus as seen in her speech recasting Americans as a collection of victim classes:

HILLARY CLINTON, DEMOCRATIC PRESIDENTIAL CANDIDATE: Immigrant families should not have to lie awake at night listening for a knock on the door. LGBT Americans should not be fired from their jobs because of who they are or who they love.

CLINTON: African-American parents shouldn't have to worry that their children will be harassed, humiliated, even shot because of the color of their skin.

That's what called me to a life of service, just like millions of teachers and nurses, and police officers, and firefighters and members of our Armed Services who get up every day and do the quiet work, the heroic work for all the rest of us.

Now police officers are heroes? This is the hypocrisy of victim harvesting. Hillary collects them like action figures for her shelf while a country scratches its collective head. Perhaps that's her plan all along: To unite a country under a shared dislike for Hillary.